The science of resilience

The neurobiology of resilience is complex. But neuroscience research is revealing an understanding of the biological mechanisms behind resilience to help guide healthy emotional and cognitive functioning.

Genes, Brain and Emotions explores the science of emotions through a comprehensive account of the interdisciplinary fields of research seeking to understand the genetic and neural mechanisms of emotion. 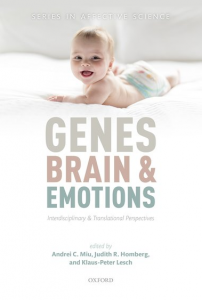 Gatt and Alexander’s chapter portrays a potential framework for the neurobiology of resilience and the development of research in this area. In particular, the section highlights the challenges of studying the complex neurobiological process of resilience and suggests how these may be overcome in future research.

Resilience has been defined in numerous but often ambiguous ways, which Gatt and Alexander argue has hindered our understanding of the process of resilience. They suggest that resilience should be understood as a dynamic, contextual process of adaptive recovery following adversity or trauma. Unlike other definitions, their perspective allows room for the interplay between both genetic and environmental factors.

Gatt and Alexander also advocate for greater conceptual delineation between resilience and mental wellbeing when trying to understand mental health.

Thinking about your thinking

The structural and functional integrity of the brain plays a significant role in adapting to stress or trauma. Gatt and Alexander highlight the ‘threat’ and ‘reward’ networks in the brain as being likely key players in the neurobiology of resilience.

The ‘threat’ network describes the process of engaging certain regions of the brain to respond to potential threats in our environment. To successfully adapt to the stress, this network needs to avoid over-generalisation of the threat. 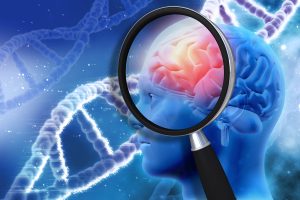 Conversely, the ‘reward’ network reacts to positive stimuli in our environment. Studies have shown that an active reward network may produce higher resilience, but there is further research needed to fully understand how the reward network counters the negative impact of stress.

The ‘executive control’ network, which is involved in our attention, inhibition and self-regulation, also interacts with the ‘threat’ and ‘reward’ neural circuits to adapt to stressful situations. Research has shown that this network may help regulate our perception of threats and stressful situations, thereby promoting resilience. However, further scientific evidence is needed.

Our environment plays a central role in influencing how we adapt to stressful situations. Environmental factors include familial experiences during development (e.g., family structure, parenting style, and family break-up), and more unique sporadic experiences that may be specific to the individual (e.g., illness or injury, environmental disaster, bullying, or abuse). 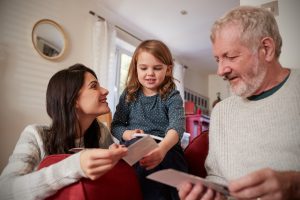 Studies suggest the nature and timing of trauma are critical to later mental wellbeing outcomes, and that infancy and early childhood are particularly important in shaping these outcomes. These factors interact with an individual’s unique genetic make-up to shape the neurobiological process of resilience.

Research on the genetics of resilience has the potential to offer great insights into the biological mechanisms which determine whether an individual is vulnerable or adaptable to stress. Studies using twins have shown that both genetics and environment play a role in mental health.