Motor Neurone Disease (MND) is a devastating brain disease that quickly and progressively destroys the ability to move, speak, swallow and breathe. MND is also referred to as Amyotrophic Lateral Sclerosis (ALS) in some countries. MND is incurable. The average life expectancy after diagnosis is two to three years.

Jim Demirov was a strong man who enjoyed a successful drag-racing career, had a black belt in Karate, and loved being physically fit. But in his mid-50s, he was struck down with MND. Jim’s daughter Shelly, who helped care for him through his illness, says it broke her heart to watch her father’s life-strength drain away

“Just doing simple tasks became frustrating and overwhelming for dad,” says Shelly. “His mind was willing but his body was giving up. To walk a step was a giant feat in itself and breathing became increasingly difficult. To look on as my mother and brother gently cared for dad, and dealt with the never-ending changes MND would inflict on him, was both beautiful and heart wrenching.” 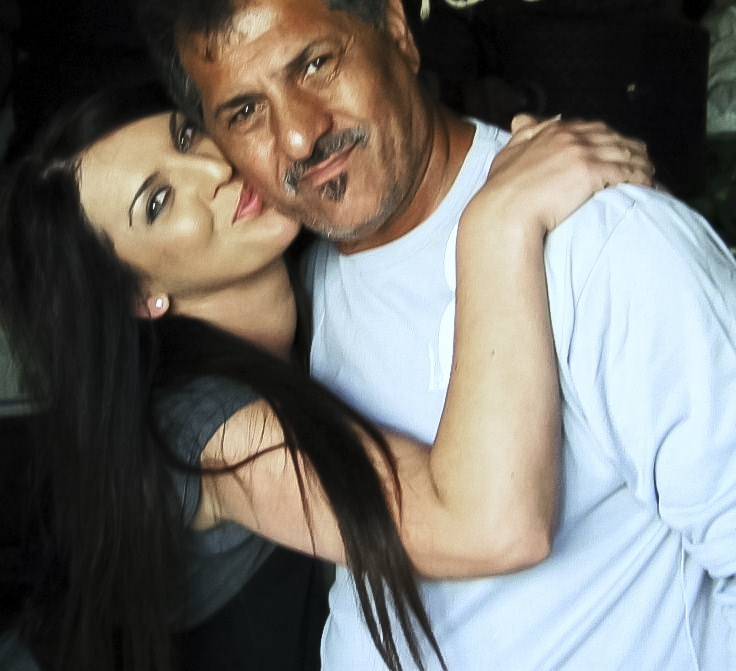 Shelly with her dad, Jim, on Father’s Day 2009 – just before his diagnosis.

As a way of maintaining hope, Jim became a research volunteer in NeuRA’s Motor Neurone Disease research. “Dad knew that a cure wouldn’t be found in his lifetime, but he believed wholeheartedly in research,” Shelly says. “Dad said that his hope never faltered, and felt proud that he could offer something. He was very passionate about the research being done at NeuRA. His hope was that, in the years to come, no one would have to suffer as he’d done because it’s an absolutely horrific disease.”

Jim passed away over three years ago at age 59. Shelly says his passing at such a young age has been terribly hard on her family. “His legacy in taking part in research was a hope for future generations – that something is found to stop the progression of the disease. He hoped that more awareness would mean more support, which means more money, which means more research.”

Shelly says she is determined to keep up the fight to find a cure. “Dad told me to try and reach as many people as I could. It’s a vicious, cruel disease. I hope with everything I have that, one day, a cure or even an effective treatment, can be found.”

Whilst there is still much to do before it can be made available to the public, the team at NeuRA has developed a non-invasive test that we hope will enable people with MND to be diagnosed with greater accuracy than currently possible. This may mean that in the future doctors could initiate treatment earlier and improve quality of life.

Today, the team is investigating the links between MND and frontotemporal dementia (FTD), which together are a leading cause of dementia, particularly in people under 65. Investigating MND and FTD together helps focus on translating findings into better clinical information and intervention studies… but this research is very costly.

We are committed to conquering MND. But, to do this, we need your help. A generous gift to NeuRA will help continue our critical research into MND. For as long as this insidious disease remains incurable, your contribution is crucial. As you can imagine, a diagnosis of MND is a heartrending blow for a patient’s family. For every Australian suffering the devastating effects of this disease, there are countless family members and loved ones, like Shelly, who suffer alongside them.

Research is the only answer.

Will you support MND research today by making a donation? Or help us See it Through to a Cure by committing to a tax-deductible monthly donation. Your support will help change the future for people living with the disease, provide support for our scientists and hope for our patients. You can make a donation to MND research today at foundation.neura.edu.au/donate.