The results of the CASSI trial are in

A little over five years ago, we sent out a request for volunteers to participate in the Cognitive and Affective Symptoms in Schizophrenia Intervention (CASSI) clinical trial. Now, we are pleased to report the exciting findings! 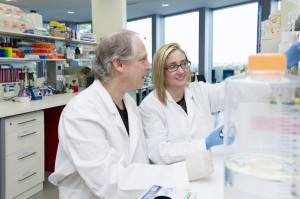 We have long suspected that sex hormones may influence the course of schizophrenia as the onset of the disorder typically occurs in late adolescence. As well, the age of onset, course, presentation and response to treatment is different in women compared with men. Women have a greater likelihood of developing first-episode psychosis or experience worsening symptoms when oestrogen levels are low. During pregnancy, when oestrogen levels are high, some women experience a reduction in symptoms, leading us to believe that oestrogen has a protective role in schizophrenia.

Cognitive deficits are currently one of the characteristics of schizophrenia that is least responsive to treatment. I noticed that issues with memory and attention were not being improved and felt motivated to develop additional therapies or treatments that would address this oversight. I felt that these areas were incredibly important in a person’s day-to-day functioning and could drastically improve quality of life.

Sex hormones such as oestrogen are known to have beneficial effects in the hippocampus and prefrontal cortex, areas of the brain that are also associated with memory and attention. Seeing how stimulation of the oestrogen receptor might influence brain activity, memory and attention was the purpose of the CASSI trial.

The results, recently published in the leading journal in psychiatry, Molecular Psychiatry, revealed that raloxifene, a drug used to treat cancer and osteoporosis, when taken daily alongside antipsychotic medication, stimulates brain activity and improved verbal memory, attention and processing speed in both men and women with schizophrenia.

This is absolutely the result we were hoping for. Addressing these problems means we may be able to improve the ability of people suffering from schizophrenia to function better socially and maintain employment. It also opens the door to exploring other, new treatment options that address cognitive deficits.

If you are interested in being involved in a clinical trial that will explore a new treatment strategy being explored by the Schizophrenia Research Lab, click here.