Researchers and the media

NeuRA’s Dr Bill Brooks was recently interviewed by Triple J’s Hack for a story on early-onset Alzheimer’s disease. I sat down with him after the program aired to discuss his experience, and science communication more broadly.

Ben: What is your understanding of what ‘science communication’ involves? 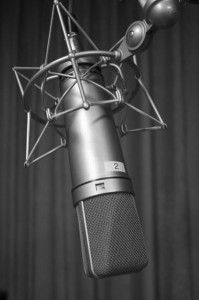 Bill: Telling people what you’re doing in a way that’s understandable to normal people and not just geeks!

Ben: Is it important for researchers to engage with the public via the media?

Bill: I think it’s very important. My area is quite easy to talk about because Alzheimer’s disease is something a lot of people have experience of and they are quite thirsty for information. Some of the more high-tech research might be a bit harder to put across, but I think it’s important that people know how much research is done here in Australia and that it’s not all done overseas. I think this helps Australians be confident that their tax dollars are being well spent; it might also encourage them to contribute to research either by participating themselves or by donating money. We are all aware of how difficult it is to obtain funding, which is usually tied to a particular time-limited project, and how donations from the public play an absolutely crucial role in keeping us afloat.

Ben: How was your recent radio experience?

Bill: This experience was rather scary, as I was shown into the “Tardis” at the ABC with a desk, a telephone, a microphone and a panic button and that was that! I then had a 20 minute telephone conversation with an interviewer in Melbourne and we really didn’t have much chance to get to know each other – it was straight into it! I ended up saying a few things I later thought I should not have said, given that I was talking about a very personal situation involving one of our research participants and I didn’t have the opportunity to talk with her beforehand to know what she herself had told the interviewer. However, the interviewer was quite good and the final radio piece flowed well (she even edited out my ums and aahs!)

Ben: What advice do you have for emerging researchers when working with the media?

Bill: If you get asked, go for it! You need to be a bit careful that what you say is not misleading or inaccurate, but don’t agonise too long about it. Olivier Piguet and I once got involved in a potential interview about some neuroimaging research from overseas, but while we were doing our homework, a man bit a dog somewhere and the story was dropped. Equally, sometimes a 10 minute interview gets cut back to 3 words on TV (because they need pictures!). That raises this point: try and stand in front of the NeuRA logo while you’re talking.

Also, bear in mind that sometimes TV journalists have something up their sleeves. I was asked to comment on TV on the use of etanercept in Alzheimer’s disease. It hasn’t been subjected to double-blind trials – the evidence is from a small case-series – and I expressed my doubts and scepticism, only to find that when I watched the TV news they had video footage from California of a man being injected with etanercept and making an apparently “miraculous” recovery!

Ben Bravery is a science communicator at NeuRA.