Professor George Paxinos is one of the most senior and treasured researchers at Neuroscience Research Australia (NeuRA). He is internationally recognised for his work mapping the human, rat and mouse brain, as well as many other animals. His first book, published nearly four decades ago, is the 3rd most cited book in all of science, after The Diagnostic and Statistical Manual of Mental Disorders and Molecular Cloning.

Professor Paxinos recently released a photograph replicating a photo that was taken for an article in The Australian in 1991, of him holding a real human brain. 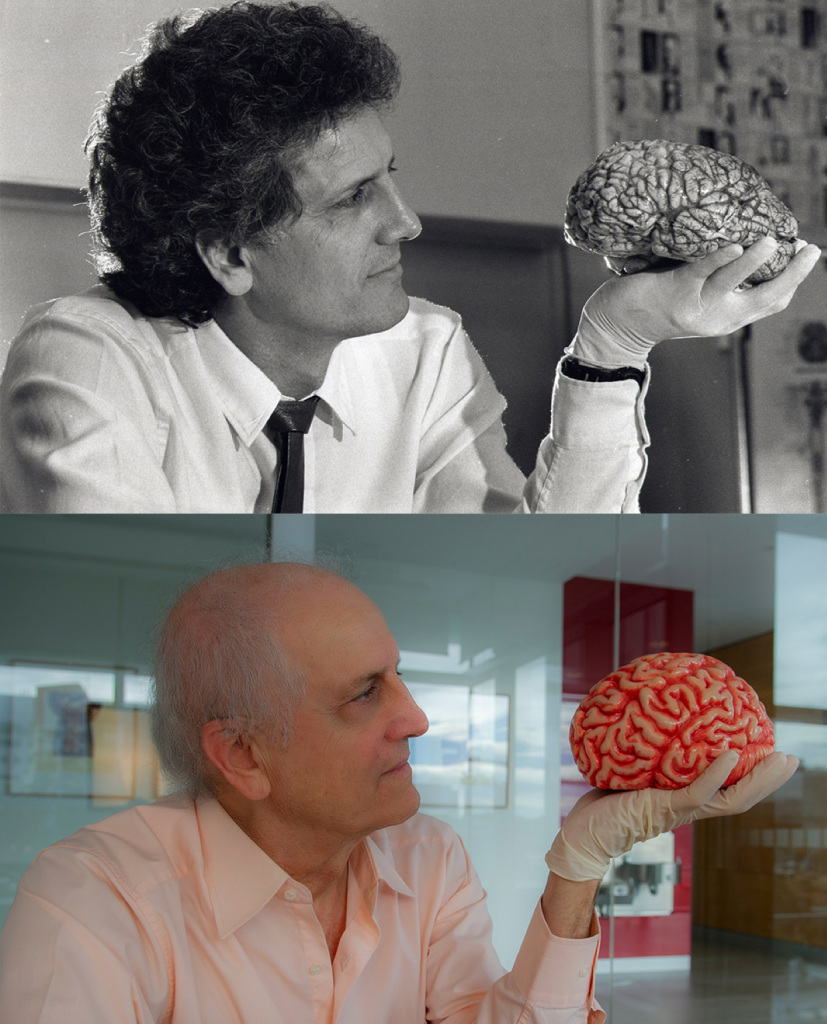 “The only difference between the two photos is that the top one was taken by a professional photographer,” says Paxinos.

“Just to be clear, the more recent photo is the one without the tie.”

Since the first photo was taken, in 1991, Paxinos has published 50 books that guide neuroscientists, neurosurgeons and other academics around the brain. His atlases are the most accurate representations of the brain, many of which he developed with his long-time collaborator (42 years) Professor Charles Watson. The collaboration has stood the test of time and they are still collaborating on brain atlases today with some of the best universities in the world including UNSW Sydney, Duke University and Johns Hopkins University. He also mentors several young scientists who are dedicated to continuing his legacy.

Paxinos is considered one of the great Greek-born academics of his time along with George Papanicolaou (who invented the pap test) and George Cotzias (who discovered L-dopa, the most common treatment for Parkinson’s disease), all of whom have made significant contributions to science.