Study improving reaction times and reducing the risk of falls

Peter Marshall noticed something odd in 2007 when he was out on one of his regular bicycle rides. He felt unusually ill and short of breath. Something didn’t seem right. He was diagnosed with Parkinson’s disease shortly after.

After 10 years of cycling and keeping as fit as possible to ward off his Parkinsons, Peter’s wife, Janice started to notice he was more rigid and having difficulty walking, and in early 2018 Peter had his first fall, tripping in the garage as he was gearing up to go cycling.

“I fell flat on my face and knee, and ended up fracturing my patella, sprained my wrists and hands and cut my face,” says Peter.

“The fall was a big shock to us both,” says Janice.

Peter had worked in investment banking in the UK and Australia for over 15 years before setting up his own investment consulting firm with his Janice in 1991.

“We ran the business until 2006 when we sold it to a merchant bank, which was fortunate as I was diagnosed with Parkinson’s disease six months later,” says Peter.

Then in April 2018 Peter fell off his bike and fractured some ribs. This was followed by another devastating fall in July 2018 that occurred when Peter tripped over a table leg at a café and hit his head on the table top.

Peter and Janice found out about NeuRA’s SAFE-PD Study through an advert in the press and Peter signed up in 2018.

At his first visit to meet the researchers, Peter was fitted with a comfortable safety harness. He was put through an obstacle course simulated to randomly cause slips and trips – the harness safely catching him when these slips and trips triggered a fall.

After a series of baseline assessments measuring reaction time, balance and gait, Peter was given a step mat and a video exercise program to use at home.

When Peter returned to NeuRA several weeks later and walked the obstacle course again, he recovered his balance without relying on the harness. The researchers noted Peter’s gait had improved and he had become quicker at responding to hazards.

“There are some positive signs to indicate that our new stepping program using the exercise game and the trips and slips paradigm may be effective in preventing falls in people with Parkinson’s disease,” says Professor Stephen Lord.

Janice Marshall, Peter’s wife, has also seen the improvements in Peter’s walking as a result of the study and the positive effect it’s had on his mood.
“I feel like he is getting back to the old Peter who used to enjoy many things,” says Janice.

NeuRA’s research team are seeking more volunteers with Parkinson’s disease to be part of this study.

To find out if you’re eligible visit: https://www.neura.edu.au/clinical-trial/safe-pd/ 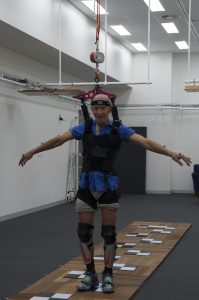 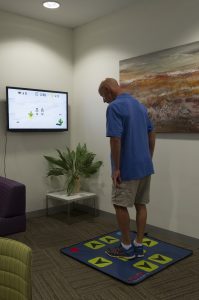 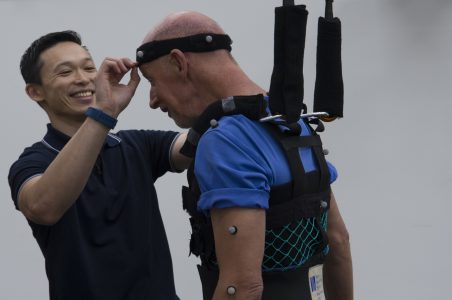