Is the Brain the Right “Size”? 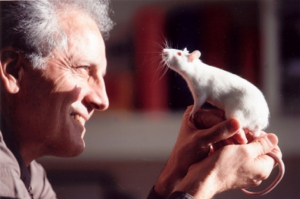 Being an atlas maker, I have an image problem. I recently introduced myself to a lady at a Society for Neuroscience Meeting who had used the first edition of The Rat Brain in Stereotaxic Coordinates for her PhD thesis 35 years earlier. With surprise written on her face, she said, “George Paxinos, I thought you were dead.”

On another occasion, I was giving a talk at Munich and one girl asked another, “Did you see Paxinos?” The other girl replied, “Yes, it is on my shelf.”

The idea of constructing an atlas came to me while on a sabbatical at Cambridge. There, I used acetylcholinesterase (AChE) as a proxy (poor at that) for acetylcholine. Looking at the rat brain stained for AChE was like looking at a coloring book that was already colored. I was convinced immediately that I would be able to construct a better atlas of the rat brain than the then popular atlas of Konig and Klippel (1963). The Konig and Klippel atlas did not display the pons, medulla, cerebellum, olfactory bulbs, spinal cord, horizontal section or the point of bregma, the most frequently used reference point in stereotaxic surgery. Further it was based on 150g female rats, while most neuroscientists used 300g male rats.

However, my greatest difficulty with this atlas was that as an undergraduate in psychology at Berkeley, I was going to be instructed by my professor on stereotaxic surgery, but unfortunately the rat resisted going under the anesthetic. Trying to anesthetize the rat consumed the available time and my professor left, telling me to read the coordinates and implant the electrode in the hypothalamus. In my rush to implant the electrode without the rat getting out of the anesthetic, I failed to read the Introduction of the atlas, where it was stated clearly that the stereotaxic zero point of the atlas is not (repeat “not”) the stereotaxic zero point of the stereotaxic instrument, but 4.9mm above the true stereotaxic zero for convenience. So, in targeting the hypothalamus, I missed the brain by 4.9mm. I thought any psychologist would have been able to design a better atlas than that. The only problem I had in constructing the rat brain atlas was that I did not know anatomy.

In 1978, I sought help from Charles Watson who was a real anatomist and we have worked together for the last 40 years, indeed with Watson always seated on my left (see photos). The next problem we faced is finding a publisher. Elsevier rejected us with the rhetorical question “Why yet another atlas of the rat brain?” Even The University of New South Wales Press rejected us. Finally, Academic Press Australia picked up the atlas after its editor came and saw our photos of the brain.

Atlases are like theories, they assist you to find your way in unknown terrain. They help scientists travel seamlessly between the brain of humans and experimental animals, to test hypotheses inspired by human considerations and relate their observations to humans.

However, this is not why we did them. The most satisfying part of working on an atlas is to happen upon a nucleus not known to science or establish a hitherto unknown homology (correspondence between nuclei across species). When that happens, we stop work and Watson plays the saxophone.

Chemoarchitecture did not only assist in figuring out the boundaries of structures in the brain of one species, but also in establishing the homologies between species (rat, monkey, bird, human). Using the same immunohistochemical reactions in rat, bird (with Puelles) and marmoset (Tokuno’s data) provided the same criteria for the establishment of homologies. 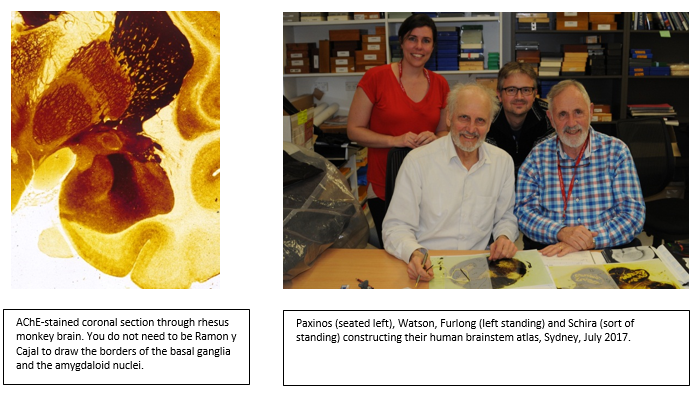 Before attempting the human brain, I thought of trying the chimpanzee brain which I would have immediately after death (rather than 10 hours post mortem as for the human) and, after studying it under optimal conditions, I could get ideas of how the human brain is organised. I wrote to the Taronga Park Zoo of Sydney for the opportunity to do a postmortem on a chimpanzee brain once a chimpanzee died. They responded they would be happy to oblige, but they had not had a death of a chimpanzee in the zoo for a decade. A month after receiving my letter, 3 chimpanzees died. Luckily, they did not suspect me. Huang and I studied the brainstem of one of them and all but one of the nuclei were homologous with the human.

The human brain and spinal cord are still keeping us working and I owe a thanks to Juergen Mai, Xu-Feng Huang and Gulgun Sengul who have been my collaborators. We are attempting imaging atlases now and had our first work with the Al Johnson lab published (MRI/DTI Atlas of the Rat Brain).

We have published many editions for some of our works (7 for the rat, 5 for the mouse) and we are asked why so many editions given that the brain does not evolve so quickly. Franklin and I came up with the answer: to remove the mistakes in the previous editions. The last sentence in The Origin of Species is “Endless forms most beautiful.” In our case, it is “Endless mistakes…”

Finally, The question that troubled me for half a century in neuroscience: Is the brain the right size? I now think, if the brain were “smaller” than what it is, it would not have been able to produce the science and technology which today threaten existence. If the brain were “larger” than what it is, it would have been able to understand the problem, even solve it. Conclusion: The brain is just not the right “size.” 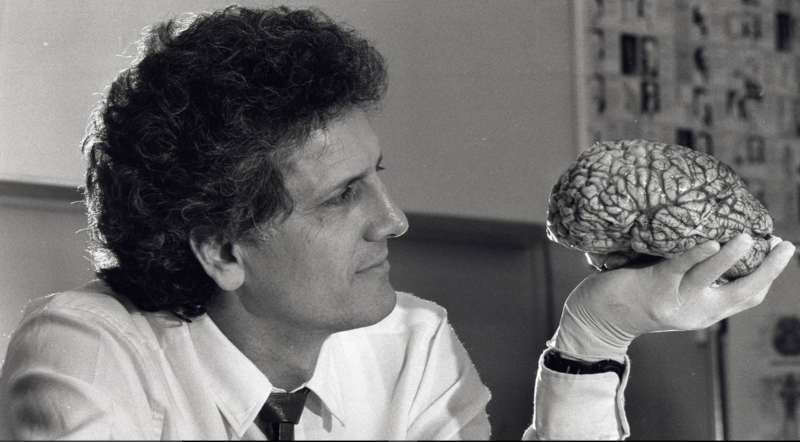 George Paxinos is an NHMRC Senior Principal Research Fellow at Neuroscience Research Australia and Scientia Professor at The University of New South Wales. He studied psychology at Berkeley, McGill and Yale and published 52 books on the brain of humans and experimental animals. His first book, “The Rat Brain in Stereotaxic Coordinates,” is the third most cited book in science and the only neuroscience publication in the 50 most cited items. He was the first to produce a reliable stereotaxic space for the brain of rats, mice, and primates, a factor facilitating neuroscience research since the 1980s. Most scientists working on the relation between the human brain and neurologic or psychiatric diseases, or animal models of these diseases, use his maps and concepts of brain organization. He was president of the Australian Neuroscience Society and of the IBRO World Congress of Neuroscience. He is corresponding member of the Academy of Athens, and fellow of the Australian Academy of Science and the Academy of Social Sciences in Australia. The first edition of the Atlas of the Human Brain (Mai, Paxinos and colleagues) published in 1995 and won The Award for Excellence in Publishing in Medical Science, Association of American Publishers (1997), and the fourth edition which published in 2015 won The British Medical Association Illustrated Book Award (2015).

After a 17-year effort, George Paxinos has completed a novel whose themes are the environment, neuroscience and ethics and is now looking for an English language publisher. Contact him directly for more information at g.paxinos@neura.edu.au. 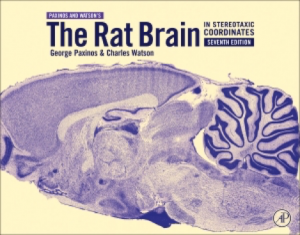 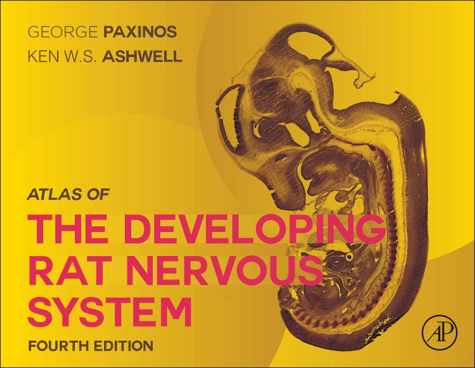 Elsevier will be celebrating the “35 Years of Atlas Excellence” at the Society for Neuroscience meeting in November in Washington, DC. All the available atlases will be on display at Elsevier Booth 301, and we will be unveiling The Rat Brain in Stereotaxic Coordinates: Compact, 7th Edition and previewing Paxinos and Ashwell’s Atlas of the Developing Rat Nervous System, 4th Edition. It will be the first time anyone has seen either of these new editions so don’t miss your opportunity to stop by the booth. You can meet George Paxinos and Charles Watson at the booth on Sunday, November 12, 3:30 – 5:00 pm, and Monday, November 13, 12:00 – 1:30 pm during the author Meet and Greet events.