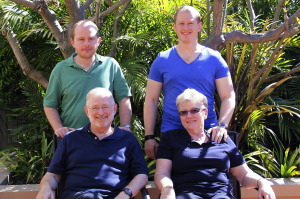 I am proud to have made contact with dozens of people with mental illnesses of their own. I have been on anAustralian Story episode with my learned friend, schizophrenia researcher Professor Cyndi Shannon Weickert from NeuRA. My father and I appeared in a Two of Us article for the SMH and I was recently interviewed for an episode of All in the Mind on Radio National as part of Mental Heath week. I have talked at conferences and seminars. I am hoping to have the opportunity to talk at my old school. I present a community radio show on Eastside Radio, 89.7 fm (have a listen!). I play bass in a band called Crash Through. Once I finish my PhD I would like to work in the field of mental health policy. 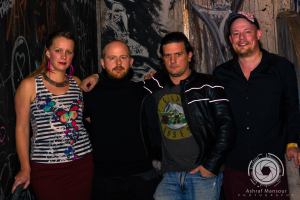