Is there a link between early life trauma and mental illness? | the NeuRA blog

Is there a link between early life trauma and mental illness?

Epigenetics is the study of how our environment influences the expression of our genes. My group has found a link between early life experiences and attention. 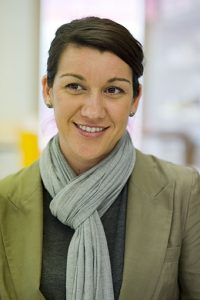 Exposure to traumatic experiences in the early stages of life, including abuse or neglect, parental divorce or mental illness, and poverty, are known to influence the development of some mental illnesses. These early experiences also have a great impact on a teen’s developing hypothalamic-pituitary-adrenal (HPA) axis, which is the body’s way of dealing with stress.

Prolonged exposure to these stresses has the potential to cause a variety of illnesses in adult life. Previous studies have noted that exposure to trauma in childhood can also affect cognition later in life for healthy adults, people with schizophrenia and people with borderline personality disorder.

This caused our researchers to wonder if the genetic region, FKBP5, which is associated with an impaired stress response system, also had an effect on cognition in people with schizophrenia.

The study found that people who were exposed to childhood trauma and had a variant of the FKBP5 gene, performed worse on attention tasks than did participants who were not exposed to childhood maltreatment. The schizophrenia group, whether or not they experienced adverse situations as children, also shared a disease-associated marker single nucleotide polymorphism (SNP; pronounced “snip”) that was associated with a worse performance on cognitive tests than the healthy controls.

This is a great example of how environmental influences can alter how our genes express themselves. The effect of poor childhood experiences on the FKBP5 variant not only influences whether or not a mental illness may develop, but also seems to affect cognitive functions in healthy people. This is something we’ve not realised before now and opens the door to many new exciting research opportunities.