Understanding what causes the changes in eating behaviours in people with frontotemporal dementia and amyotrophic lateral sclerosis could potentially improve disease prognoses and progression. 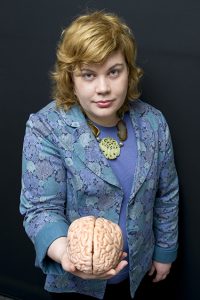 Metabolic changes including fluctuations in weight, insulin resistance, and cholesterol levels have been identified in both amyotrophic lateral sclerosis (ALS) and frontotemporal dementia (FTD). I am exploring whether these metabolic changes are related and how they might affect disease progression — that is, whether they are caused by neurodegeneration or have a modulating effect on neurodegeneration.

FTD and ALS are believed to represent a disease spectrum with overlap at both a clinical and pathological level. People with FTD often overeat, mistake inedible items for food or prefer sweet foods, while ALS is generally associated with malnutrition. There are suggestions that nutritional intake might decrease as the disease progresses, particularly in patients with reduced functional capability.

My study found that the metabolic similarities in FTD and ALS might represent additional components of the spectrum of these two diseases. At one end of the continuum, patients with ALS are likely to develop weight loss, hypermetabolism, malnutrition, hyperlipidaemia, and insulin resistance. At the other end, patients with FTD are likely to develop insulin resistance, and potentially less weight gain than would be expected in light of their increased caloric intake.

Detailed assessment of both eating behaviour and metabolism in ALS and FTD should yield essential insights into the complex association between eating, metabolism, and neurodegeneration. Given that many patients and carers ask about modifiable factors, such as diet and lifestyle, clarification of these areas will enable the provision of targeted and accurate clinical advice.