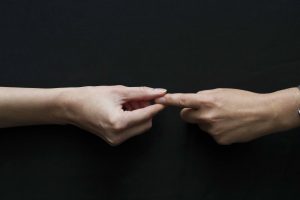 Sometimes referred to as the “sixth sense,” proprioception includes the sense of position and movement of our limbs, the senses of muscle force and effort, and the sense of balance. These senses, triggered by our everyday activities, allow us to carry out our tasks successfully, without thinking

Research on proprioception has lagged behind work on the five basic senses, perhaps because it is a sense we are largely unaware of. However, during the last 50 years neuroscientists have taken advantage of new stimulation and imaging techniques to achieve further insight into this elusive yet essential sense.

Where is proprioception located in our body?

The most obvious place to locate a sense organ that signals position and movement of a limb is in the joints, and for many years it was believed that joint receptors were the principal proprioceptors. Recordings of responses of central neurons during joint movements supported this idea. But there were other possibilities. When the forearm is rotating about the elbow joint, there is movement not only at the joint; muscles inserting into the joint—the elbow flexors and extensors—are stretched and shortened as well. In a landmark series of experiments in 1972, Guy Goodwin, Ian McCloskey and Peter Matthews working at the University of Oxford provided evidence that receptors in muscles, not in joints, were the most likely candidates for generating our sense of limb position and movement.

They showed that if the biceps muscle of one arm of a blindfolded subject was vibrated, the subject perceived the arm as extending, even though it had not moved at all. The subject indicated the illusion by tracking the movement with their other arm. The authors argued that vibration had stimulated muscle spindles, stretch-sensitive receptors found in most of our skeletal muscles. The response to vibration mimicked spindle activity generated by muscle stretch, leading to the illusion of a stretching biceps, that is, extension of the arm. Vibration of the triceps muscle led to sensations of the arm moving into flexion—that is, the illusion that the triceps was being stretched. Importantly, vibrating the elbow joint did not produce any sensations of movement or displaced position, so the illusion could not be attributed to responses of skin or joint receptors.

Our “sixth sense” not only enables us to control the movements we make, but provides us with the ability to perceive ourselves moving in space and acting in relation to our surroundings.

A map of the body in our brain

In a 2010 study, Matthew Longo and Patrick Haggard of University College London asked subjects to place one hand under a table, out of sight, while with their other hand they pointed to the perceived positions of different landmarks on the hidden hand, such as the fingertips and knuckles. When responses were plotted on a map, they revealed a distorted shape, squatter and wider than the actual hand. They proposed that the brain uses information coming from the hand, including proprioceptive inputs, and combines them with a central map, or body model, to determine location of the landmarks. The distortions in shape resembled those seen in sensory maps drawn on the human cortex many years earlier by neurosurgeons Wilder Penfield and Edwin Boldrey—the famed homunculus, which represents differences in the cortical innervation density of the body’s various parts. The distortions in the perceived shape of the hand described by Longo and Haggard may be related to the density of receptors on the surface of the hand, but it remains unclear how the information provided by the distorted proprioceptive maps is used to locate the position of the limbs in space.

When subjects were shown drawings of differently shaped hands, they were able to correctly select the one that was closest to the true shape of their hand. So while a body model generated by proprioceptive inputs showed characteristic distortions, another map called the body image—probably based on remembered visual information—provided a seemingly more accurate representation.

Why do we study proprioception?

We study proprioception and its link to movement control because operation of this set of sensations is critical for every movement we make. How they operate is not fully worked out – many fundamental questions remain.

Also, there are a number of serious conditions associated with disturbances to the body image. These include eating disorders such as anorexia nervosa; conditions in which the patient denies that a part of their body actually belongs to them, as may occur after a stroke; and out-of-body experiences, in which the patient believes that their body is no longer under their own control. Indeed, our very sense of self is believed to be generated in association with the central processing of proprioceptive information. Another related and well-known phenomenon is phantom limb, where an amputated limb is perceived to continue to exist.

Our body image is surprisingly labile and can be modified. Simultaneous touching of a hidden hand and a visible rubber hand lying near it leads the rubber hand to be adopted as part of the body.

As we move about during everyday activities, there must be a continuous updating of the map, based on incoming movement information. This was first recognised many years ago and emphasises the key link between the proprioceptive sensory system and the motor system.

While we have learned a lot in recent years about the peripheral signals responsible for the senses of limb position and movement, the picture continues to evolve. We are beginning to recognise that the source of the signals can change, depending on the task undertaken. Yet we still know relatively little about the central processing of the incoming information. How do we derive the metrics of body parts, for example, or process constantly changing spatial signals during ongoing body movements? This is an area where we should focus future research efforts.

This post originally appeared as a longer article in The Scientist magazine written by Prof Uwe Proske and Prof Simon Gandevia. Go here to read the full piece.