Music as a Therapy – a perspective from the 60s

Dennis Frost was diagnosed with frontotemporal dementia at age 59. In honour of Frontotemporal Awareness Week, he has shared with us some of the impacts the diagnosis has had on his life. Here, he shares how the music of his youth holds even greater relevance to him now and offers him a pathway to the past once again.

It is well recognised that music can be beneficial to those of us with a dementia. I have long found a solace in music. It awakens old memories and stirs strong emotional responses, it rekindles, no re-ignites the fire within. Many of my formative years covered the span of the ’60s and ’70s (it did take a long time to form me – after all the mould was broken!), and I grew up with the music of the protest era as a soundtrack to my life. It was an important background to life. It is important to emphasise that point, it was a background not a forefront theme. 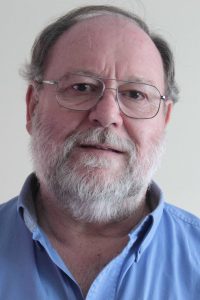 Indeed, I can remember some of the press coverage of Woodstock, but I don’t remember being exposed to any of the music at the time. Like everyone from the ’60s what I remember from the ’60s occurred much later. It was only in my mid 20s and onwards that I began to listen to the music I had heard years before. Now in my 60s not just the music that is important, but the lyrics now are given new meaning and relevance. For example take Pink Floyd’s Great Gig In The Sky. The lyrics have a personal relevance they never had before;

The first time I lay in a MRI machine I asked the technician to stop the soundtrack of “current” music she was playing because it was annoying. As I lay there and relaxed I began to hear the sweet sounds of Pink Floyd resonating though the MRI. Now I look forward to my MRIs with enthusiasm. I have heard many bars of Pink Floyd and last time even some classical Uriah Heap.

Music has a profound effect on me. But not just the music, the lyrics of the time are very relevant to me today. Often I think I could carry a conversation using nothing but snippets of these lyrics. Often I will stop when I realise what was just said was once a part of something greater.

You may think my taste in music is constrained to this era but it goes well beyond the ’60s and ’70s. When I die I have requested that the William Tell Overture be played (loudly) at my funeral and when my ashes are scattered to the winds I have requested the Ride of the Valkyrie. As I remember through music, so I will be remembered.

I have often been quoted as saying that in effect, music died at the end of the ’70s, nothing new or worthy has been released since then. Then David Bowie released Blackstar as a parting gift to the ’70s, proving me wrong

Something happened on the day he died
Spirit rose a metre and stepped aside
Somebody else took his place, and bravely cried
(I’m a blackstar, I’m a blackstar)

You may think I take a somewhat morbid view when you see the lyrics I have quoted, but that is not the view I hold. What I feel is the inspiration to stand and make my point known, not fail in the mire of mediocrity so common today.

My dementia has allowed me to rekindle my past. It is giving me a chance to hold true to ideals I had in my youth and not accept less.

I find much of relevance from the protest era and think it time we took a stand against injustice everywhere and looked with compassion on all our fellow man. To take some of the lyrics from the Warumpi Band’s Blackfella Whitefella;

Anyone who was not alive in 1969 missed some of the most significant events in human history. Man walked on the moon, Woodstock crystallised the music of a generation, and Intel released the 4004 – the first microprocessor. Where would be today without these three events?

I’ve never had the talent to play music, (I envy those who do) but my connection to this realm provides more dimensions to my life. Good music is meant to be played loud. If the ground doesn’t shake it’s too quiet, this is why can never see myself in a care facility. Music is my freedom.

Dennis is part of the Dementia Alliance Group. They are an informal group of people with dementia, including carers and friends. They meet regularly to socialise in quiet, non-threatening environments. Their ages range from middle age to people in their 80s.