How healthy volunteers can help the Brain Donor Program

Dr Claire Shepherd is the Managing Director of the Sydney Brain Bank at NeuRA. The NeuRA Volunteers Brain Donor Program is dedicated to understanding the changes that occur in the brain and spinal cord during normal ageing as well age-related disease. Donating to the Sydney Brain Bank means becoming part of a process that will help researchers to define the difference between normal ageing and early signs of disease.

How did you get involved in neuroscience?
I always loved biology and then I did psychology and I thought, ‘How can I pull the two together?’ At the time a new course had just started in the UK called neuroscience. I fell in love with it. 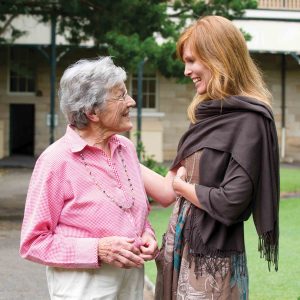 When did the Sydney Brain Bank start?
Prof Glenda Halliday started recruiting individuals for brain donation for research over 25 years ago, but it was only in 2005 when the National Health and Medical Research Council (NHMRC) enabling grant came through that we were able to start operating as a Brain Bank and give out tissue for non-collaborative research projects. The Sydney Brain Bank was officially established in 2008 under an agreement between NeuRA and UNSW. I started working for the brain bank in April 2009.

How many studies would involve tissue from the brain bank each year?
We operate with the NSW Brain Tissue Resource Centre at the University of Sydney as the NSW Brain Banks, and combined with them, we fulfilled 45 tissue requests in 2015. It’s quite a large number of studies.

What diseases do the studies look at?
The focus of the Sydney Brain Bank is on neurodegenerative disorders and ageing, so we collect tissue from healthy individuals as well as those suffering from dementia and movement disorders such as Alzheimer’s disease, dementia with Lewy body disease, motor neurone disease and Parkinson’s disease. Sydney University collects healthy controls as well as individuals who suffer from psychiatric disorders such as schizophrenia. They also have a large collection for research into alcohol abuse.

What need does the NeuRA Volunteers Brain Donor Program fulfil?
There’s an essential need to understand how the brain changes during the ageing process and to understand the clinical consequence of these changes. To do this, the Sydney Brain Bank has created and is recruiting for the NeuRA Volunteers Brain Donor Program (NVBDP). The program recruits healthy individuals over the age of 65 from the Research Volunteers Registry (RVR), which invites people to participate in a wide range of NeuRA studies, from falls and balance to MRI. When a volunteer passes away the Brain Bank is able to look at changes that have occurred in the brain and investigate how that may have impacted on their performance in previous research, or whether such changes could be detected in their living scans. By doing that we can better understand the brain changes that underlie health and disease or dysfunction. Some of these studies will also provide crucial information regarding preclinical phases of some of the neurodegenerative disorders we study at NeuRA.

How might people get involved if they’re interested?
Everyone that becomes involved in the NVBRP has to enroll first in Research Volunteers Registry and that is a register of a large number of people who have said they’re willing to participate in any NeuRA studies. You have to be healthy to do this. If they’re enrolled in the RVR and are over the age of 65 they can participate in the NVBDP. So if you’re healthy and want to participate in NeuRA studies and become a brain donor, that’s the ideal program.

How can we keep our brains healthy as we age?
There is increasing evidence to suggest that physical and mental exercise is beneficial to brain health. Some studies have shown important links between exercise and improved memory and brain health with the suggestion that exercise-induced increases in certain brain chemicals might be responsible for this improvement. More research is required in this area to understand how much and what type of training is required, so the jury is still out. It certainly doesn’t do us any harm, so make sure you keep active physically and mentally.