Talking about placebo on Insight | the NeuRA blog

Talking about placebo on Insight

Dr James McAuley was recently invited to be part of the expert audience on SBS’s Insight program to provide his view on placebos. The placebo effect is when somebody responds, usually positively, to a treatment that has no active properties. 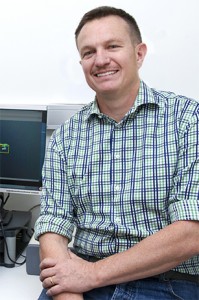 At the end of 2015 a researcher from Insight called me to “pick my brain about placebo effects” as they were planning a show on the topic. We had a chat about my work at NeuRA where we have designed sham interventions to control for placebo effects in our clinical trials. We also talked about what placebos effects are and the work that we’ve done to manipulate them.

I also mentioned that my mum had back pain and although she never listens to what I say about what might be good (or bad) for her back, I recently managed to convince her that paracetamol would make her feel better even though I know that it is no better than placebo.

At the end of the conversation the researcher asked if I wanted to be part of the show to provide an ‘expert’ scientific view on placebo effects.

During the week leading up to the show I practiced what I was going to say about placebo effects, the competing theories, the differences between placebo effect in clinical trials and those in experimental work and how difficult it was to design a placebo of a complex intervention. By the time of the recording I felt prepared.

Insight is taped live and then edited for later broadcast. Two hours of recording in the studio is condensed into about 45-50 minutes. This was my first time on the television so I was happy that at least in principle there could be some editing. I often get nervous before I speak in front of an audience so I was comforted that if I completely froze like Dr Habib did recently then at least that could be edited out.

In the end the two hours went by very quickly. It was pretty tiring as the studio was hot and I had to concentrate on what each speaker was saying in case the presenter, Jenny Brockie, asked me what I thought. I got to talk a little about some of the work that I’ve done, but nothing too ‘science-y’. Jenny seemed to mainly be interested in how people who had taken placebos felt about their experience. She really liked the story about my mum.

You can view the episode of Insight by clicking here.