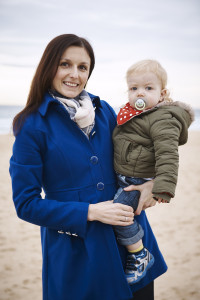 Dr Muireann Irish has received a 2015 L’Oréal UNESCO For Women in Science Fellowship in recognition of her outstanding contribution to her field of cognitive neuroscience.

The L’Oréal Australia and New Zealand For Women in Science Fellowships were created to help early career women scientists to consolidate their careers in science and rise to leadership positions. The Fellowships are awarded to women who have shown scientific excellence in their field and who can serve as positive and accessible role models to younger girls to pursue careers in the sciences.

Dr Muireann Irish is one of four recipients of the 2015 award across Australia and New Zealand and, as such, has received a $25,000 stipend to aid her future scientific endeavors. She explains her journey through the award process and reflects on the Fellowship

What do you think of when you hear the word ‘scientist’? For many, the word conjures up images of socially awkward, predominantly male, researchers in white lab coats.

I recently had the great honour of being selected as one of the 2015 L’Oréal UNESCO For Women in Science Fellows, joining the ranks of a growing pool of incredibly talented women in science. This award is particularly meaningful to me as, aside from providing a research fellowship of $25,000, the campaign seeks to raise the visibility of female scientists working at the forefront of their respective fields. At my side were the other L’Oréal award winners – Dr Jodie Rummer, a marine biologist at James Cook University, Dr Shari Breen, an astronomer at CSIRO, and Dr Christina Riesselman, a geologist at the University of Otago, NZ.

Not a lab coat or socially awkward individual in sight.

Rather, we show just how far the field of science has evolved and the importance of providing accessible, eloquent, and confident female role models to shatter the outmoded views of what a scientist looks like.

The L’Oréal UNESCO For Women in Science program represents one of the proudest achievements in my scientific career to date. Having taken time off last year following the birth of my son, I struggled with the very real challenges of balancing motherhood with a competitive research career in science.

The underrepresentation of women in science at senior levels is palpable. Too often we witness the ‘leaky pipeline’ phenomenon, whereby talented female scientists, brimming with potential, fall out of the system when they take a career break to have a family. Currently, women make up just 20% of professorial appointments at the university level, despite equal representation with men at undergraduate level. Initiatives that seek to promote and retain women in science following such career breaks are urgently needed.

One of the highlights of my L’Oréal UNESCO Fellowship experience was to participate in the held at UNSW this year. This initiative provides high school students with an opportunity to interact with the L’Oréal Fellows to hopefully inspire them to pursue a career in the sciences. Too often, misconceptions, and the lack of confidence that seems particularly rife in younger girls, hold them back from considering science as a viable career path.

The Girls in Science forum was truly inspirational. We had the privilege of sharing our stories with 300 high school students from across Sydney, all of whom were selected based on their academic potential. It was incredibly humbling to look across the sea of eager faces and to realise our responsibility to break down the barriers that impede young girls from choosing science careers.

The girls were engaged and curious, asking insightful and probing questions regarding our career paths, the frustrations we encounter as scientists, and what our most inspiring moments have been to date. For me, the most telling question however came from a girl who asked, “What is the best area of science for me to get a job in?” All of us were simultaneously disappointed and keen to challenge this viewpoint. At the age of 15, this girl had already limited her options, closing off potential avenues, and believing that she could not work in an area that she was genuinely passionate about. The resounding response was to work in a field that you are interested in and to keep all options open. We advised the girls to put their hands up, push past their feelings of anxiety, and start to look for strong female mentors that can help them along the way. It was a question that resonated with all of us and reminded us of how crucial accessible female role models are for the next generation of scientists.

Following the forum, we mingled with the girls outside and posed for the obligatory selfie or two. The girls continued to ask questions regarding motherhood, balancing family with career, and what other interests I have outside of science. Their enthusiasm was contagious and we all felt uplifted and inspired following the event.

As the L’Oréal campaign asserts, “The world needs science – Science needs women”. As one of the 2015 L’Oréal UNESCO Fellows, I feel a strong responsibility more than ever to promote science to the younger generations coming through the ranks. Young girls need to have accessible role models who show that it is possible to sustain a successful career in science whilst also raising a family.

At the end of the day, one teacher informed us that her top student had said, ‘This is the most exciting day of my life.” As a woman in science, you really cannot ask for more than that.