A paradigm shift in proprioception | the NeuRA blog

A paradigm shift in proprioception

Proprioception is the sense of our body’s own actions. It is how we know where our body is in space. 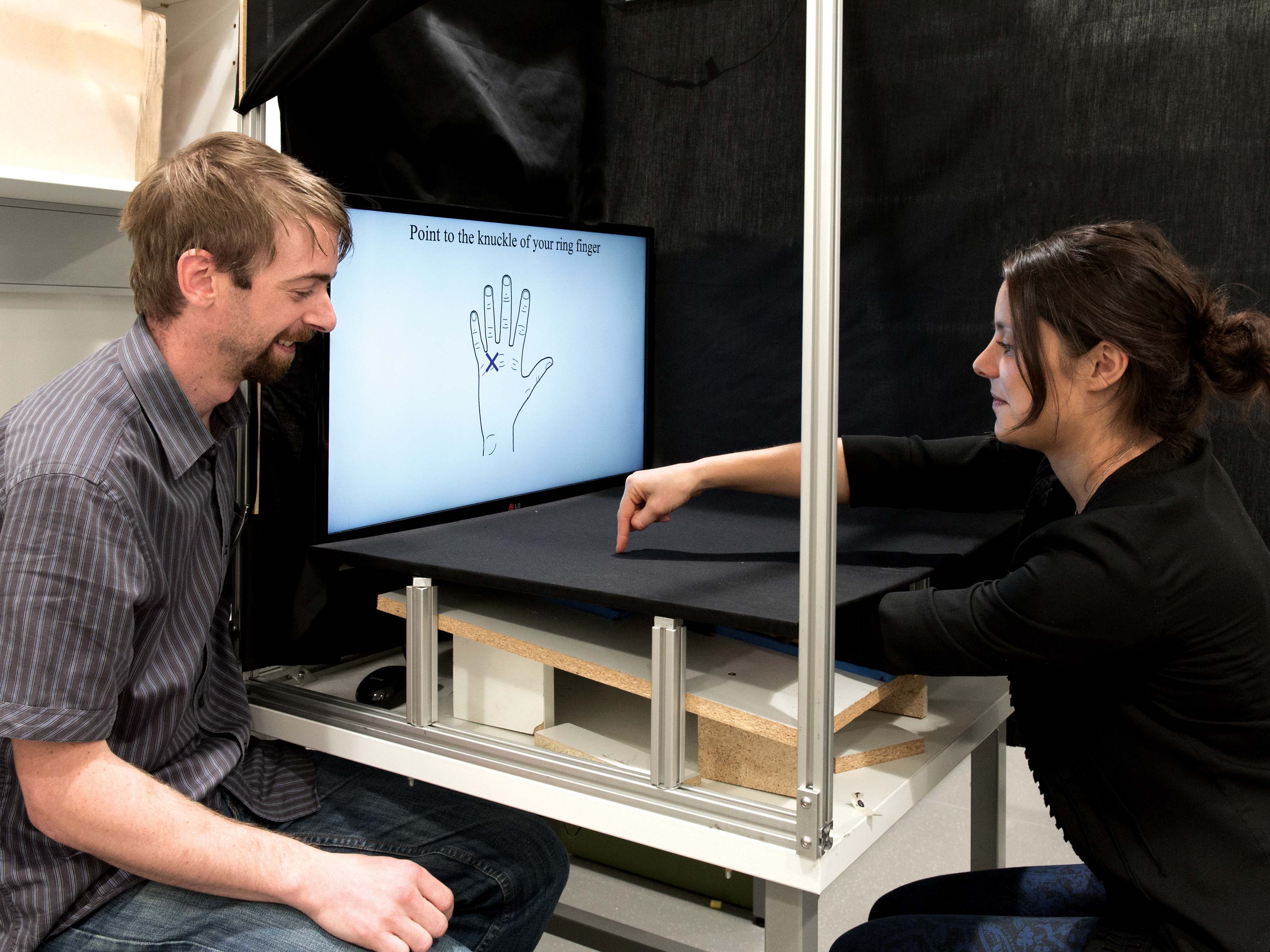 Disruption to proprioception can occur in many clinical conditions, including dystonia, stroke and Parkinson’s disease.

When people have problems with proprioception, they cannot make normal movements. Over the last decade, numerous new findings have led to a paradigm shift in how we understand proprioception. This shift is so profound that a ‘New’ proprioception is being defined.

In this figure on the left, the healthy subject’s hand was placed on the table and she was asked to point to particular parts of her hand. The black lines are where her hand was; the red lines are where she thought it was. Note that the red (perceived) hand is too short, too wide and in the wrong place.

This new knowledge is not yet being used in a clinical setting and the testing of people with proprioceptive problems is the same as it has been for 30 years. Our research is at the forefront of ‘New’ proprioception and our work is playing a major role in directing these changes in the field.

We are using the new knowledge to develop tests that can be used in both the laboratory and the doctor’s surgery.