Star-shaped cells: a clue to differences in schizophrenia pathology?

Dr Vibeke Sørensen Catts is a schizophrenia researcher. Her interests lie in exploring the biological factors that help brain cells grow and die, and how these pathways might be altered in schizophrenia. Here she describes her discovery that certain types of brain cells are inflamed in some people with schizophrenia. This recent finding opens new understanding of what goes wrong in this disorder and how it might be treated. 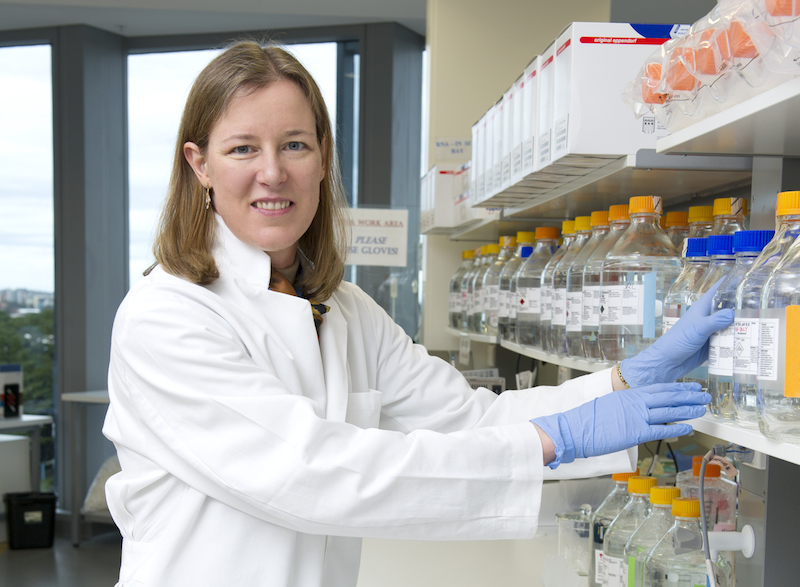 One of the problems with trying to understand a serious mental illness like schizophrenia is that it doesn’t manifest in the same way in all people. In fact, there is a wide range of symptoms and brain abnormalities across its sufferers, who number 1 out of every 100 people.

My colleagues and I were able to turn this variability to some advantage in our research, by deliberately grouping the people we studied according to the molecular features associated with their illness.

A previous study in the Schizophrenia Research Laboratory had found that one third of people with schizophrenia had high levels of biological markers of inflammation in their brain. The identification of this ‘high inflammatory’ group contributed to an increased understanding among researchers that inflammation contributes to schizophrenia pathophysiology, but the ‘how’ of this process was still not well understood.

Inflammation is a protective bodily response to injury or illness, and in the short term is important for normal processes like muscle growth, but is detrimental over a chronic time course. During inflammatory processes, certain specialised cells are activated, releasing chemicals that regulate symptoms such as swelling and pain. In the brain, this process is known as gliosis, and involves extra growth of the ‘support cells’ of the brain, such as microglia and astrocytes. Earlier studies have shown that microgliosis is present in the brains of people with schizophrenia, but it has not been determined how this links to the increased inflammation in the brain that we had observed in some schizophrenia patients.

To see whether the activation of astrocytes (named for their star-shaped appearance) might be the missing link between a general marker of inflammation such as microgliosis and the other inflammatory markers observed in the brain of this group of schizophrenia patients, we measured a protein called GFAP in the prefrontal cortex of people with schizophrenia. GFAP stands for glial fibrillary acidic protein, and it is a marker for astrogliosis.

Taking a closer look at the brain

Our findings are interesting, but highlight the need for further research. Is the response of astrocytes lower in some people with schizophrenia than in other brain illnesses such as Alzheimer’s disease where inflammation and astrogliosis is abundant? Or perhaps the response starts out normally, but is halted over time due to other factors at play in the illness? For example, antipsychotic medications used to treat schizophrenia symptoms may inhibit the process of gliosis, and so an individual’s exposure to these medications needs to be considered in trying to sort out the contribution of these cellular processes to disease.

Regardless, a continuing discussion of whether gliosis plays a major role in schizophrenia is important. Schizophrenia is considered a disorder of aberrant brain development rather than of brain degeneration. However, our data suggest that it is premature to rule out the idea that some individuals experience a different course of illness such that neurodegeneration associated with inflammation is an integral part of what goes wrong. This would in turn inform tailored treatment development for these people.