What can our genes tell us about mental illness?

Bipolar disorder affects 350,000 Australians, and has been ranked in the top 20 most disabling disorders globally, making it even more disabling than depression. Dr Jan Fullerton‘s research aims to better understand how genes contribute to bipolar disorder. 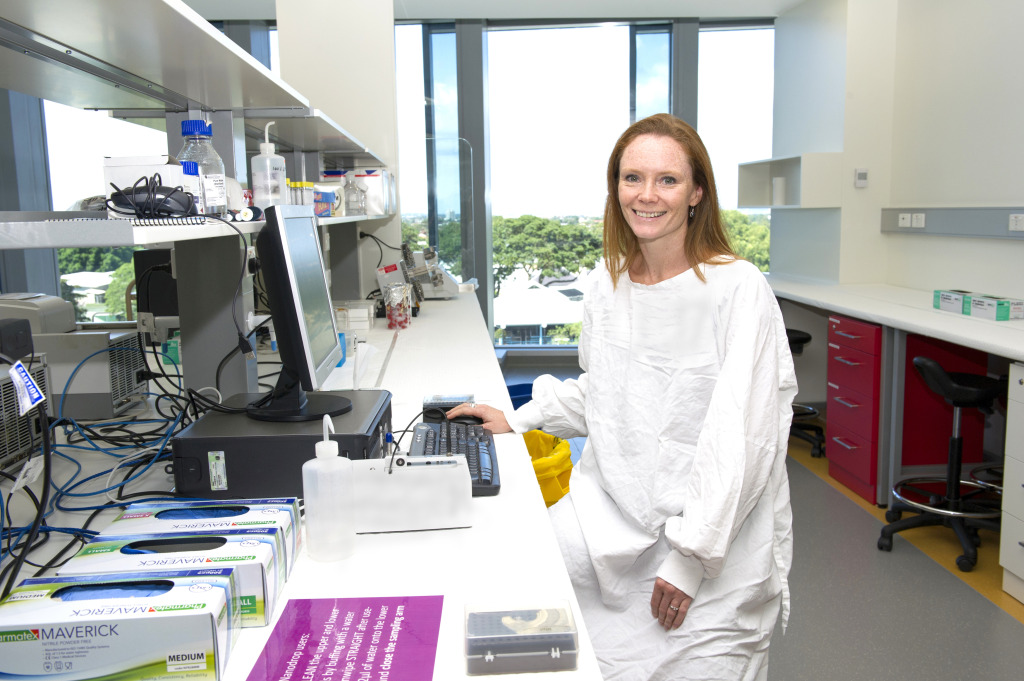 Dr Jan Fullerton in the lab

Bipolar disorder is characterised by oscillating periods of mania and depression. These changes in mood are sometimes accompanied by psychotic episodes and escalating impulsive and risk-taking behaviour, potentially leading to financial and social ruin. While people usually revert to normal mood and behaviour between these episodes, bipolar disorder has a severe impact on its sufferers, increasing suicide risk fifteen-fold.

Bipolar disorder is partly heritable, but we have a limited understanding of the specific genetic causes. By comparing the genetic sequences of many people who have the illness with those of many people who do not, a small number of genetic differences have been identified that individually account for a very small fraction (<1%) of disease risk, but which as a group contribute a larger fraction. However, a large proportion of the genes that contribute to bipolar disorder remain unknown, and it is also not well understood how genetic variation changes the way the brain functions to bring about the illness.

At NeuRA, we are embarking on an exciting new project to identify genes that contribute to the risk of bipolar disorder. Studying a large breadth of the population has been effective in identifying common disease-related variations in genes. However, by studying unique families that have a high density of illness (i.e. more than 4 individuals affected in a family tree), rare gene variants that contribute to disease are more readily identified. We will analyse genetic material from extended families to see whether the disease in those families is due to the collective impact of several rare gene variants. 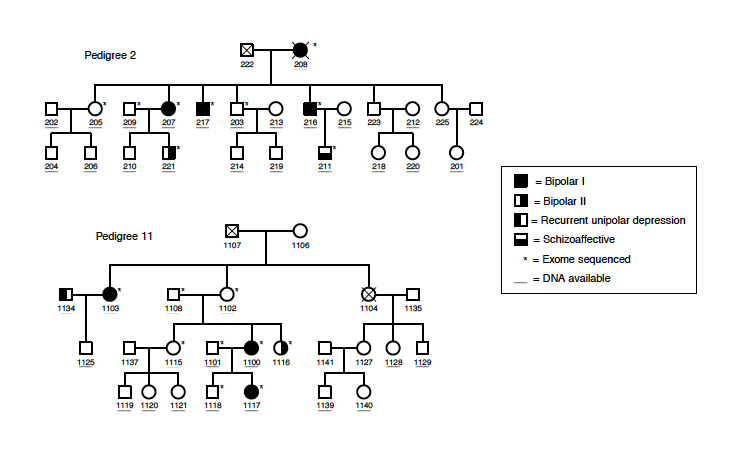 Using a technology called massively-parallel sequencing we will compare the sequences of the expressed part of the genome (referred to as the ‘exome’: this part of the DNA only constitutes about 1% of the total genome, but is the portion of the genome which directly encodes proteins, which are essential to maintain normal functions of the body). This ‘next-generation’ sequencing technology dramatically increases the extent and accuracy of genetic data over previous methods. We will look for changes in genetic code, even down to a single nucleotide building block (i.e. the A, G, C, or T base), and determine whether there are an abnormal number of copies of a gene in an individual, since sometimes genes (or parts thereof) can be deleted or duplicated. Once these aberrations are identified, we will match them with linkage analysis data to determine whether they are likely to cause the disorder in a specific family. The molecular pathways affected by these genetic factors will be explored, relating novel genes to other genes previously implicated in disease risk.

Our data will be combined with data generated by other members of the international Bipolar Sequencing Consortium and Psychiatric Genomics Consortium to shed light on genes and molecular pathways that are commonly affected in people with bipolar disorder. Once the variants that lead to the loss of gene function in rare, highly penetrant forms of bipolar disorder are identified, the way in which disease risk is inherited will become clearer. This will lead to significant insights into what is actually wrong in the brains of people with this severe illness, and hopefully to new treatment strategies.