Art and architecture at NeuRA

Bettina Bartos is the architect who designed NeuRA’s Margarete Ainsworth building. She shares how the building’s design was developed, and how the innovative vision of Artbank and its collection of Australian art put the finishing touches on this much-welcomed facility.

Having seen various artworks that existing NeuRA building occupants had used to personalise their workspaces, and gifts of artworks from patients, it seemed as though staff and visitors alike would appreciate having larger pieces located throughout the building. 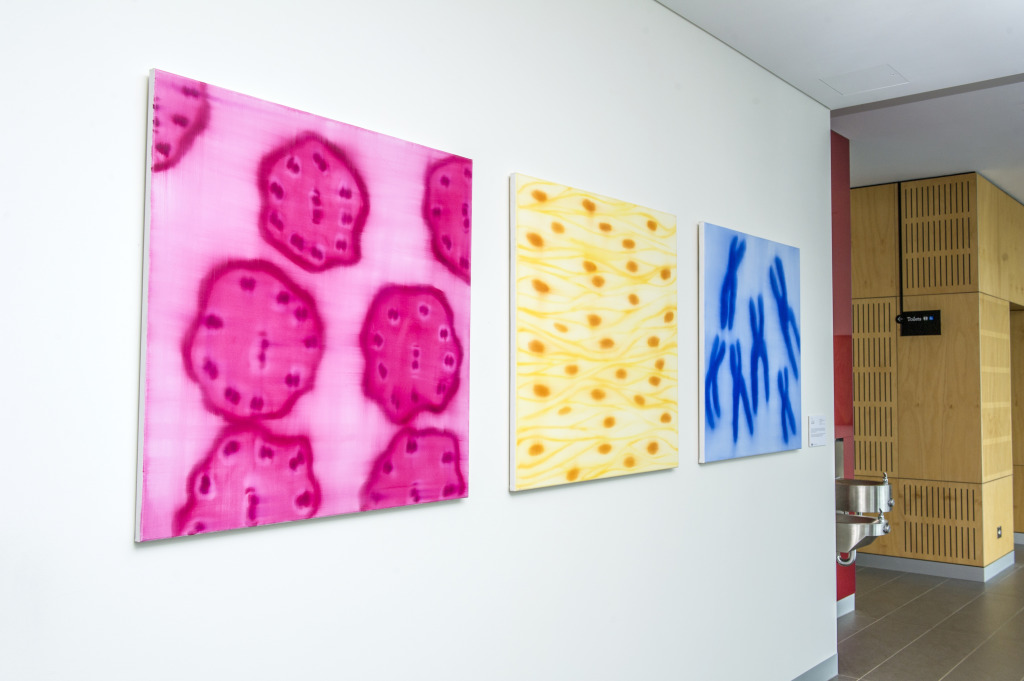 The external facetted glass form of the building was designed to facilitate a memorable image for NeuRA, and speak of the cutting-edge research occurring within. The internal arrangement was no less important, with the driving forces being to encourage and facilitate interaction and collaboration between staff, and to maximise natural light and the feeling of space to both laboratory and office areas.

This, in turn, led to the design of a series of spaces, such as the large triple-height atrium with its connecting bridge links and the generous lift cores on every level, which also provided a perfect opportunity for the incorporation and display of art.

Artworks needed to be generous and bold in order to do the space justice; however, the purchase of a large number of substantial artworks was not economically feasible. This led to the idea of “borrowing” significant pieces for long-term display.

I had heard about an organisation called Artbank, an Australian Government support program that acquires the work of living, Australian contemporary artists who make their collection available to the general public through a leasing program.

The Artbank collection has been building for over 30 years, and with around 10,000 artworks, it is one of the largest collections of Australian art in the world, holding “some of the greatest examples of Indigenous and non-Indigenous artwork produced during the past four decades”. 100% of the revenue generated from leasing is directed towards supporting living artists, so I was excited to be able to initiate a great opportunity to expose NeuRA building occupants and visitors to some great examples of Australian contemporary art, whilst at the same time supporting Australian art and culture.

The brief to Artbank was simple: to select pieces that responded to both the NeuRA vision and the architectural significance of the building. Artwork needed to be placed in prominent locations to maximise the experience for everyone, and needed to complement the strong internal colour scheme of the building. Being able to find artwork that had a ‘scientific theme’ would be an added bonus. Given that many of the artworks would also be able to be viewed from both near and far, it was important that individual pieces were able to respond to a changing perspective.

Working closely with one of Artbank’s art consultants, a site visit was arranged to gain an understanding of NeuRA and its research programs, and the architectural quality of the space itself. From this, Artbank began with a preliminary selection of artworks that they felt met our brief.

However, with so many artworks in Artbank’s collection, choosing the final pieces was not a simple task. As the selection of art is such a personal experience, it was important to choose pieces that were not too polarising, but at the same time had enough interest to generate discussion and create stimulating spaces. After many hours spent in Artbank’s warehouse sorting through rack after rack of art, and then checking against availability and budget, we had our collection! 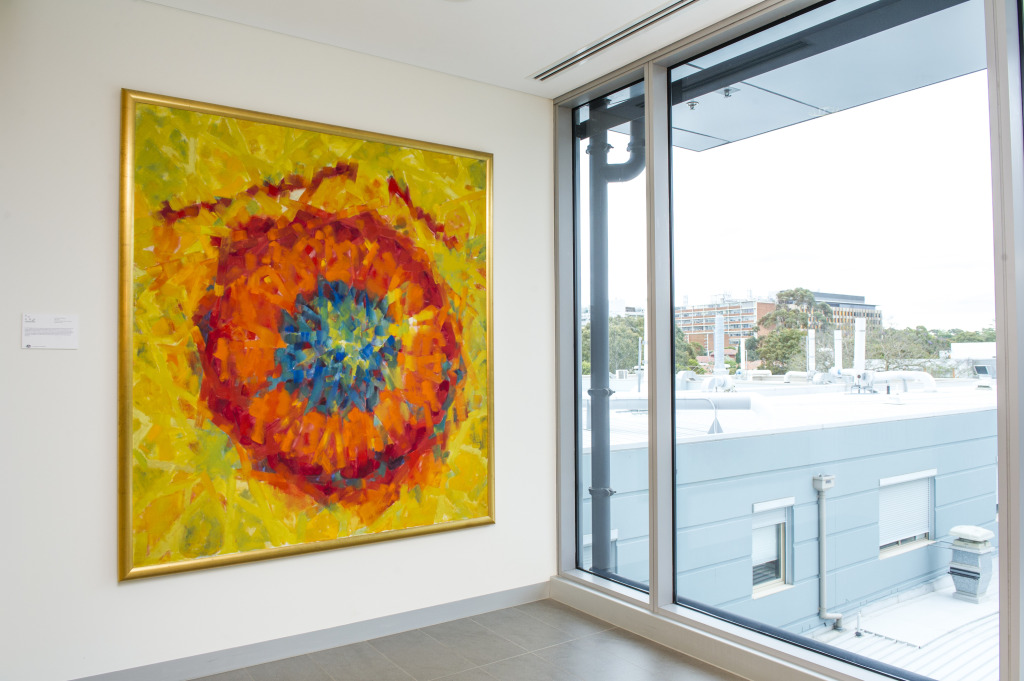 Now, if you wander through the Margarete Ainsworth building you will see a selection of incredible artworks from some of Australia’s leading contemporary artists, including Frank Hodgkinson, Matthew Johnson, Wendy Kelly, David Sequeira, Philip Watkins, Isobel Johnston, and William Breen.