Dementia: when do I know I have a problem, and what is happening in my brain? 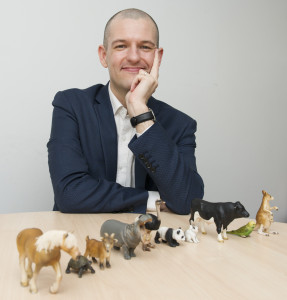 In my work as a clinical neurologist, I often encounter people who are concerned that they might be developing the dreaded d-word: dementia. They report being more forgetful than previously, forgetting the names of people, places or things, or perhaps just not feeling as ‘sharp’ as they once did. In my experience, these sorts of concerns are common. Importantly, however, only a proportion of people with such symptoms actually go on to develop dementia.

Working out who will develop dementia, and more specifically which type of dementia will be developed, is one of the major challenges cognitive researchers and clinicians face. We are presented with two separate, but related problems: first, how can we tell when minor forgetfulness heralds the onset of something more serious? Secondly, if someone has an obvious dementia, how can we make an early and accurate molecular diagnosis?

We know from many well-designed studies that neurodegenerative disorders begin years before any symptoms develop, and that to be effective a treatment will most likely need to start at the very earliest stages, before any significant and permanent damage develops. On the other hand, not everyone with mild cognitive symptoms actually progresses to develop dementia. Being able to accurately identify patients at risk of developing dementia at a very early stage is one of the major goals of research in neurodegenerative diseases.

In the Frontier clinic based here at NeuRA, we are often faced with the opposite problem: we assess patients with early dementia who present with memory, language, or behavioural disturbances, but it can be difficult to work out the specific underlying brain disease. In many ways, our research aims to bridge this gap between the problems related to ageing that people face in their everyday lives and the physical changes in the brain that are ultimately responsible. We use a combination of methods, including detailed clinical assessment, neuropsychological or cognitive testing, sophisticated brain imaging, neurophysiological techniques, gene testing, and even blood and tissue biomarkers, to try and better link cognitive symptoms and specific brain diseases. With collaborators in the UK we have even developed a new app, for cognitive testing in clinical practice (ACEmobile™ for iPad, available from the Apple App Store). Only after we can make an early and accurate diagnosis of a neurodegenerative brain disorder will the hunt for a meaningful treatment really forge ahead.