This Sunday, August 10, the Sydney City2Surf will include two groups of people who have more reasons than many to get up early and run to Bondi beach.

Evan Brownsmith is organising a team of eager accountants from PKF Lawler Tamworth and Walcha, NSW to run the City2Surf in support of motor neurone disease (MND) research. 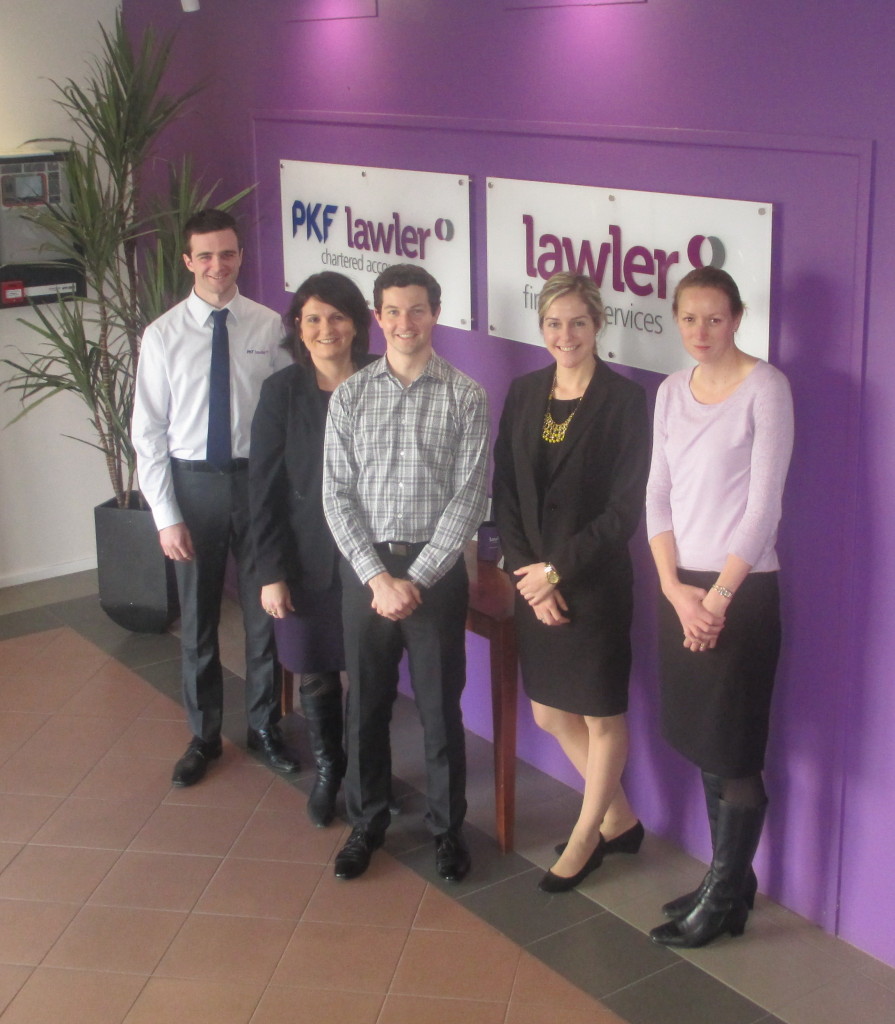 This terrible disease has recently been diagnosed in two of PKF Lawler’s longstanding clients, with a profound impact upon their families and friends and the whole team at PKF Lawler. Through our efforts, both running and fundraising, we hope to raise awareness in the Tamworth community of the impact of MND. By partnering with NeuRA we hope to provide valuable funds for the development of life-altering treatments for MND sufferers.

Like most people, I have a love-hate relationship with running. On a good day – when there is sun and very little wind, and it’s not too hot and not too cold, and you’re feeling fit and your legs feel strong, and you’re wearing the right outfit, and the scenery is good, and no-one is watching you, and you’ve got a really good album playing in your ears – running is the best thing in the world! There’s nothing better than the sense of achievement you get from pushing yourself further as your feet pound the pavement. On every other day, running sucks!!

Most of the time, running is really hard! That’s why we come up with so many excuses for not doing it. We like the idea of running, but often we don’t enjoy running itself. What we don’t think about each time we choose not to run, though, is how lucky we are to be able to run. Most sufferers of MND will lose the ability to run. This is the inspiration for team PKF Lawler in the City2Surf, and this is what motivates me to get off the couch, put my joggers on and make the most of my good health and good fortune.

For those who don’t know, MND is the name given to a group of diseases in which the motor nerve cells (neurons) controlling the muscles that enable us to move, speak, breathe and swallow, undergo degeneration and die. Motor function is controlled by the upper motor neurons in the brain that descend to the spinal cord; these neurons activate lower motor neurons, which exit the spinal cord and directly activate muscles. With no motor neurons to activate them, muscles gradually weaken and waste away. These effects are irreversible, and as MND sufferers progressively lose function, their quality of life is diminished and independence is undermined.

On August 10 this year my colleagues and I hope to make a significant difference for these people. We cannot directly improve the lives of MND sufferers, nor can we make it easier on their families. We cannot hope to cure this terrible disease ourselves, but we know that our modest contribution to NeuRA will help the very people who just might. Perhaps more importantly, through demonstrating a willingness to ‘give it a go’, we are setting a great example to the community of Tamworth. We want to show that it’s important to get out there and have a crack, not because we should, but because we still can.

You can donate to the PKF Lawler team here.

Simone Riley is participating in the City2Surf with her family to support stroke rehabilitation research and to honour her Dad, a proud City2Surfer.

On July 21, 2013, my Dad, a man who lived a healthy, active, and happy lifestyle, was stopped in his tracks by unfortunate genetics and a nasty stroke.

A man who was 64 years young, who had run 20+ City2Surfs (his favourite event) and over 60 marathons, trekked in Nepal and to the top of Mt Kilimanjaro, and was training for a trek from France to Spain, Dad was now in for the biggest challenge yet. His was an atypical stroke, meaning that he didn’t suffer the ‘usual’ deficits in movement that stroke often inflicts, but he did lose his vision and began to experience major cognitive and memory deficiencies.

As Dad’s hospital days turned into weeks, and then months, our hope went up and down like the rollercoaster going on in Dad’s head. On my first visit to the hospital, I walked into a dark room and was faced with a body on a mattress on the floor that was heavily sedated, as the hospital staff didn’t know what else to do! When Dad woke up every now and then, to walk and eat, our hearts broke when he didn’t recognise me, or even my Mum, his wife of 43 years! Thankfully, we found a Brisbane doctor who agreed to come to the Gold Coast to assess him. This was the first hope we had. After moving hospitals, adjusting his medication, and some wonderful rehabilitation, physiotherapy, and speech therapy, we gradually saw the man who ‘once was’ slowly coming back. He once again knew who Mum was, who I was, and also recognised his other daughters, his son, his grandkids, and other people important to him. After almost six months in hospital, my dad walked out with my mum and went home.

The start of his (and her) new lives involved major adjustments; Mum was now his full time carer and also unfortunately had to take on the role of rehabilitator. I felt compelled to do and find what I could to help them with the struggle to find appropriate post-hospital rehabilitation.

While researching stroke, I stumbled across NeuRA. What better way to honour my Dad than to join the NeuRA City2Surf team and make him proud; to run his favourite event, while raising much-needed funds for a charity that will continue research into stroke rehabilitation and one day perhaps even prevent stroke altogether?

It has almost been a year since Dad’s stroke. Things are far from perfect; he has good days and bad days. Only last week, when I sat holding his hand on the couch, he knew I was there, but couldn’t, for all his wanting and trying, get my name out. His vision will never come back, but through trial and error and ups and downs he is rising, admirably, to his challenges.

This year, along with my sister, my best friend (who is like Dad’s fourth daughter), my Mum, some cousins and lots of Dad’s friends, Dad will once again take the trip to Sydney to run/walk/shuffle/crawl/hop/skip/jump; in short, do whatever it takes to complete his annual City2Surf! Given that Dad really doesn’t like the fact that he missed it last year, participating in this year’s race is in itself an achievement that we will all enjoy, almost as much as the cold beer we share with him at the finish line.

You can donate to Simone’s fundraising effort here.

You can also donate to the 2014 NeuRA Runners team here.