Professor Peter Schofield is the Executive Director of NeuRA. 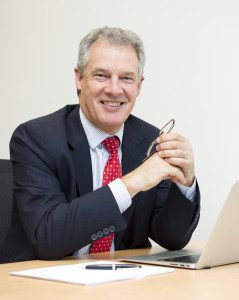 The proposed Medical Research Future Fund (MRFF) represents one of the most important and far-sighted initiatives in our nation’s history. It will put medical research funding on a secure footing by ensuring that Australia stays at the leading edge of medical science, with untold benefits to our health, our economy and our longevity.

Australia is a world leader in health and medical research. Our discoveries are well documented and include a vaccine for cervical cancer, the bionic ear and a cure for most peptic ulcers. However, these achievements are only the tip of the iceberg, with thousands of other Australian discoveries having led to improvements and transformed the world’s health.

The expenditure from the National Health and Medical Research Council (NHMRC) is only $37 per person annually, significantly lower than the US and UK. What is missing in Australia? We lack a major independent fund – an Australian equivalent of the UK’s Wellcome Trust or the Howard Hughes Medical Institute in the US.

There are no countries in the world that have good health outcomes without strong medical research strengthening their healthcare. Thus, it is critical that Australia has a homegrown capacity to address the health priorities that are relevant to our country, and just as importantly take advantage of innovations from elsewhere.

We recognize that some aspects of the proposed MRFF are not supported by all in the community, but there can be no denying the value of health and medical research. With key legislation facing a Senate vote in coming weeks, it is imperative that we see the MRFF established, as it will underpin a new era of Australian excellence in research with benefits for the entire community’s health for generations to come.

This is an opportunity Australia cannot afford to miss.