As part of a new National Health and Medical Research Council Program Grant on motor impairment, Prof Rob Herbert aims to advance the transfer of new understanding of physiology and pathophysiology in motor impairment toward the clinical outcome of improved motor function. 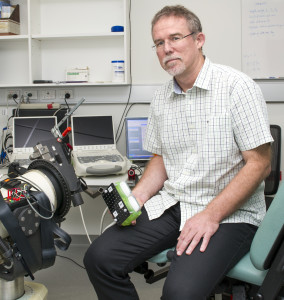 Motor impairment is a common consequence of a number of illnesses and injuries. One type of motor impairment that is an important cause of physical disability is muscle contracture. A contracture is a stiffening of the muscles that limits normal joint movement, and severe contractures cause deformities that are the most visible manifestation of brain damage. Contractures arise when brain lesions, including those that arise from stroke or traumatic brain injury, cause paralysis or spasticity. Paralysis and spasticity change the mechanical environment of muscles – that is, they cause muscles to experience different patterns of activity, different changes in length and different forces than would normally be experienced. The muscles adapt in response to their altered mechanical environment by becoming stiffer, causing joints to become less mobile.

Contracture is a common problem. In a recent study, my colleagues and I monitored 200 consecutive people admitted to a Sydney hospital with the diagnosis of stroke. Six months after admission, half of all those people had developed at least one contracture. Contractures are also common in people with many other sorts of brain lesions. For example, contractures are prevalent in people who have had a traumatic brain injury, or who have multiple sclerosis or cerebral palsy.

There has been surprisingly little research into the mechanisms of contracture. As a result, the mechanisms are poorly understood. Studies on animals have shown that it is possible to make muscles become short or stiff with a number of experimental procedures. For example, leg muscles can be made short by immobilising the leg in a plaster cast, and diaphragm muscles can be made short by inducing emphysema (a lung disease). These studies show that the stiffening of muscles can occur either because of changes in the muscle tissue (the muscle “fibres” or “fascicles”), or because of changes in the tendons that join muscle fascicles to bones. But studies on animal muscles can’t tell us about the mechanisms of contractures seen in human populations. Surprisingly, it is still not clear whether contractures in people who have had a stroke or traumatic brain injury are due to changes in the muscle fascicles or tendons.

There is just as much uncertainty about how to prevent and treat contracture. For the last half-century, physiotherapists and nurses have applied stretches to muscles, or passively moved limbs, or applied splints or casts to stretch the limb, with the aim of preventing or treating contractures. But recent research suggests these interventions have little effect. For example, in one study, 63 volunteers who had experienced a stroke were randomly allocated to receive either a wrist splint or no splint. Two months later there was no discernable difference in the stiffness of the wrist of people who had or had not been splinted. There have now been over 35 studies like these, and they quite consistently show little or no effect of stretch or movement-based interventions. For now at least, there are no treatments that have been clearly shown to prevent or reverse contracture.

Eventually, scientific research will provide answers, both about the mechanisms of contracture, and about how to prevent and treat contracture. The first steps have been made in identifying the abnormalities of gene expression that are ultimately expressed as contracture. New ideas for treatments are being generated by basic research, for subsequent testing in clinical trials. Our motor impairment program will study human volunteers and patients to learn more about normal motor function and the mechanisms of motor impairment, and to test the clinical efficacy and mechanisms of novel treatment interventions. The development of new techniques for imaging and measuring the internal architecture of muscles using MRI provides one promising advance. One study will look at how muscle tendons and fascicles are recruited during movement, which will inform subsequent clinical studies in people in whom contracture is common, such as people with stroke, spinal cord injury and multiple sclerosis.

Hopefully, the next decade will see major advances in both our understanding of the mechanisms of contracture and how to treat them. 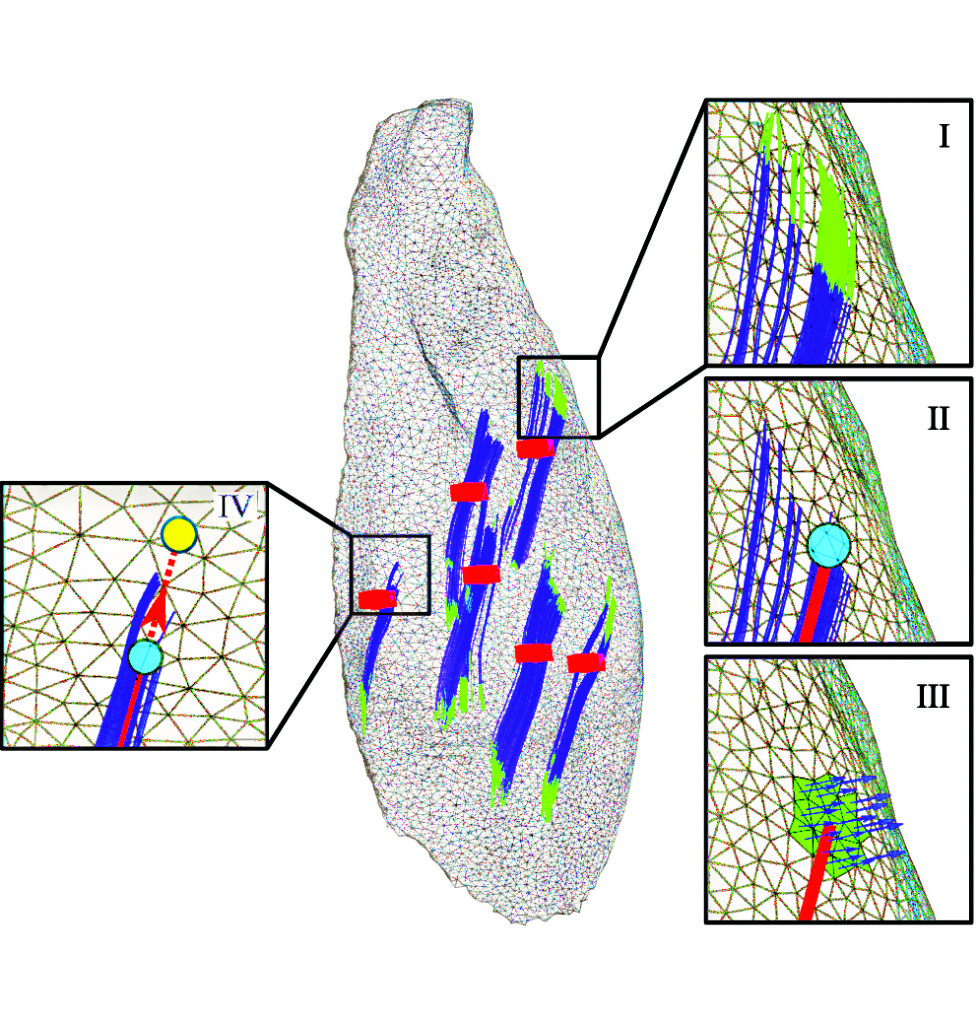 An example of one of the unique muscle images generated by Prof Herbert’s team. In the centre is a human leg muscle. The blue lines show the course of muscle cells in six locations in the muscle. The insets provide information about how the cells terminate on the tendinous sheets that cover the upper and lower surfaces of the muscle.