Is high cholesterol putting your brain at risk?

If you want to reduce your risk of Alzheimer’s disease, says Dr Scott Kim, be mindful of your cholesterol levels.

Notwithstanding the recent debate in the media, most of us understand that high cholesterol is harmful to your health because it can negatively affect your heart and arteries. 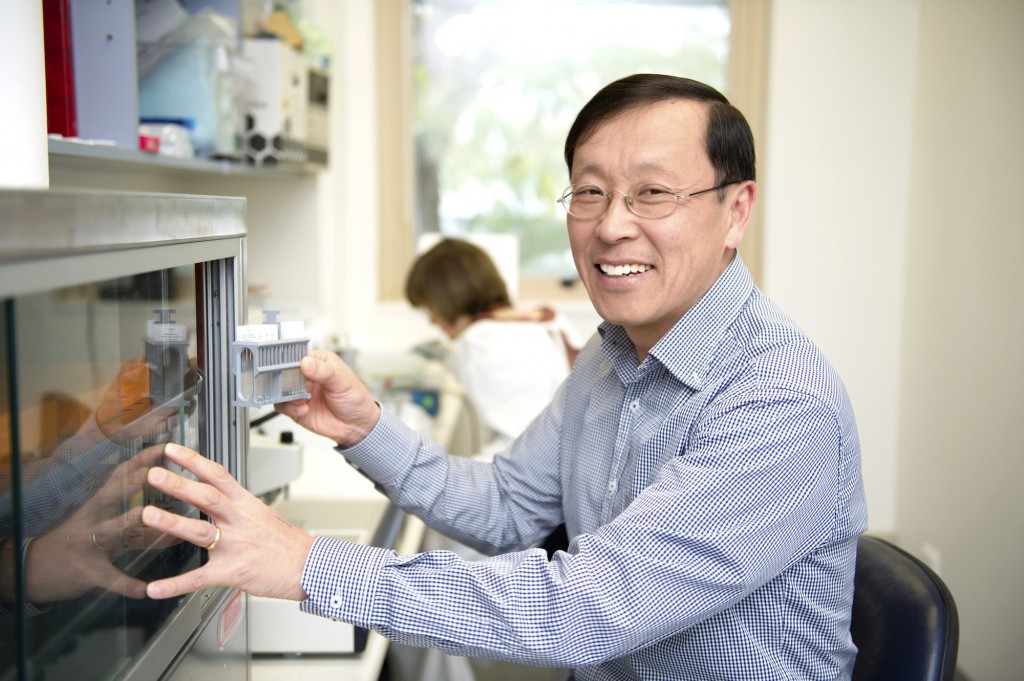 Another red flag is data from several animal studies suggesting a link between cholesterol and the production of amyloid-beta, the protein that accumulates abnormally in the brains of people with Alzheimer’s disease.

So how is it that high cholesterol increases your risk of Alzheimer’s disease? At NeuRA, we are trying to answer that question.

Cholesterol in the brain

Cholesterol is abundant in our brains; although the brain makes up only two per cent of body’s weight, it contains nearly a quarter of all the body’s cholesterol stores. Cholesterol has important jobs in the brain such as storing energy, acting as a structural component of the cell membrane and acting as a signalling (communication) molecule.

Cholesterol is transported out of cells by transporter proteins, and it’s these proteins – known as ABC transporters – that are the main focus of our research.

Our work has shown that ABC transporters are key regulators of how much cholesterol is inside brain cells. Just recently, we demonstrated that deleting a specific ABC transporter, called ABCA7, in a mouse model of Alzheimer’s disease caused significant increases in amyloid-beta levels. We suspect that the ABCA7 transporter facilitates the clearing of amyloid-beta from the brain. This is direct evidence that ABCA7 is crucial in the development of Alzheimer’s disease.

It’s important to understand what’s happening at a molecular level in Alzheimer’s disease so that we can discover new targets for drug treatments. By understanding the role of ABCA7, we may be able to learn how to inhibit the build-up of amyloid-beta protein and therefore provide potential therapeutic avenues for the treatment of Alzheimer’s disease.

In the meantime, what can you do in terms of cholesterol to decrease your risk of developing Alzheimer’s disease?

Although controlling cholesterol levels in the brain by altering what you eat is generally very difficult, you can lead a healthy lifestyle and reduce foods in your diet that contain high levels of saturated fat. This will help to reduce the risk factors associated with Alzheimer’s disease that I mentioned earlier on.

Apart from healthy eating and regular exercise, keeping your brain active is also helpful. If playing games, writing a letter or simply interacting with others sounds easy (and it is!), then don’t delay – as the saying goes, ‘use it or lose it’!