The sensitive topic of brain donation

Brain donor program coordinator Lauren Bartley says while it can be difficult to talk to people about brain donation, it’s for a very important cause.

When I first began recruiting to the brain donor program at NeuRA and the Sydney Brain Bank, I found it difficult to broach such a sensitive topic with the participant and their family members. After all, how do you ask someone you have met just briefly if you can have access to their brain tissue after they pass away?

This is a discussion I’ve had to have with all our research participants – and one that I no longer shy away from. I know that every brain is valuable and have seen firsthand that every donation brings us closer to understanding more about dementia.

Sometimes there can be confusion over whether the tissue we collect will be transplanted into another human (which it’s not); other times, I’ve found that participants think their brains won’t be useful because of their cognitive impairments. 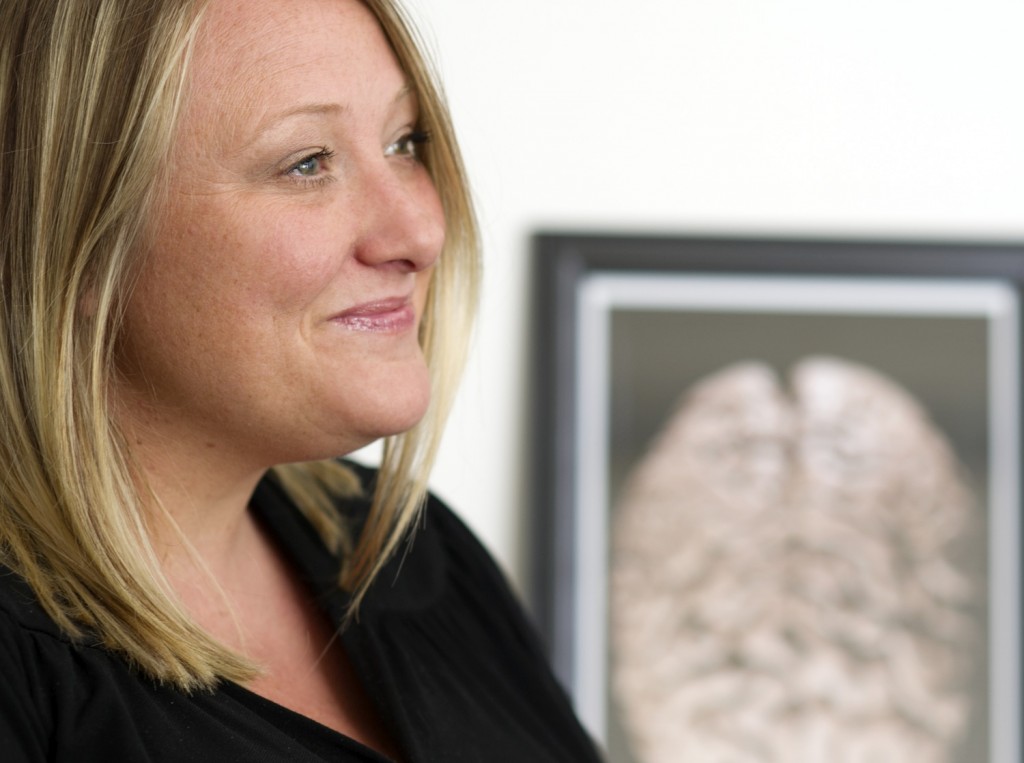 Lauren Bartley is a brain donor program coordinator at NeuRA.

It’s actually brain tissue from people with these very impairments that is helping scientists at NeuRA understand why proteins that cause dementia begin to deposit in some people’s brains and not others, and how this occurs.

In some cases, it’s difficult for a neurologist to determine if the patient is suffering from early onset Alzheimer’s disease (AD) or frontotemporal dementia (FTD). While clinically these dementia syndromes can appear similar, the brain tissue pathology is quite different. Looking at brain tissue has been essential for understanding the differences in pathology between AD and FTD.

Thanks to people who have donated their brain tissue in the past, we now know that the brain tissue of people with Alzheimer’s disease is marked with plaques formed by the beta-amyloid protein and tangled accumulations of the tau protein.

The tau protein also accumulates in frontotemporal dementia, depositing not in tangles but as inclusions inside brain cells called Pick bodies (FTD is also known as Pick’s disease). Some people with FTD also have pathological inclusions of other proteins such as TDP-43 or FUS.

“This is at the heart of what’s driving our research: we need to come up with new ways of accurately diagnosing dementia while a person is still living.”

Because of the heterogeneity of pathology in FTD, it’s impossible to predict which protein is responsible for the illness with the clinical tools we currently have at our disposal.

I can recall many times when participants were only found to have evidence of motor neurone disease (in addition to their dementia) during the autopsy process. There have been instances where we found participants who had been diagnosed with FTD actually had Alzheimer’s disease pathology and vice versa.

If we had known the true cause of their illness during life, they may have been able to access therapies or medicine to reduce the impact of their symptoms. This will become increasingly important as new therapies for dementia syndromes become available.

This is at the heart of what’s driving our research: we need to come up with new ways of accurately diagnosing dementia while a person is still living.

Helping us improve diagnosis during life is one of the reasons why brain donation is invaluable, and it’s why I’d like to thank each and every brain donor who I’ve had the privilege of working with at NeuRA.

While I am not able to accept brain donations from the general public, we do accept brain donations for AD and FTD research from people who have participated in research at our clinic. There are also circumstances where people who we have not seen in our clinic but have had a diagnosis from a neurologist/geriatrician and previous brain imaging (preferably MRI) can also be enrolled.

After the Sydney Brain Bank at NeuRA has finalised the report identifying the protein that caused the dementia, I send this report to the families and clinicians. The tissue donation is then used in ethically approved projects performed by medical researchers across Australia and the world.

If you are interested in finding out more about brain donation for medical research into AD and FTD, please contact me at frontierbiomarkers@neura.edu.au