Restraining children in cars: moving in the right direction | the NeuRA blog

Restraining children in cars: moving in the right direction

NeuRA’s Dr Julie Brown has looked at the impact of the 2010 NSW child restraint legislation – and has good news.

I am so happy that we finally have some good news to share with parents, carers and those advocating for change to reduce child injury – it seems there have been positive changes in the way children are travelling in cars since the introduction of new laws requiring appropriate restraints for children up to at least age seven.

Australian parents have always been really good at getting their children into restraints. The old ‘What about me?’ and ‘Click Clack Front and Back’ media campaigns that were everywhere in NSW a few decades ago really seem to have got the message through. By the late 1990’s we had one of the highest rates of restraint use anywhere in the world, with more than 98% of children using a restraint whenever they travelled in a car. While this high restraint use worked to reduce rates of injury in children in car crashes significantly through the 80’s and 90’s, in 2003 we were still seeing alarming numbers of children killed and injured in crashes – despite the use of restraints. 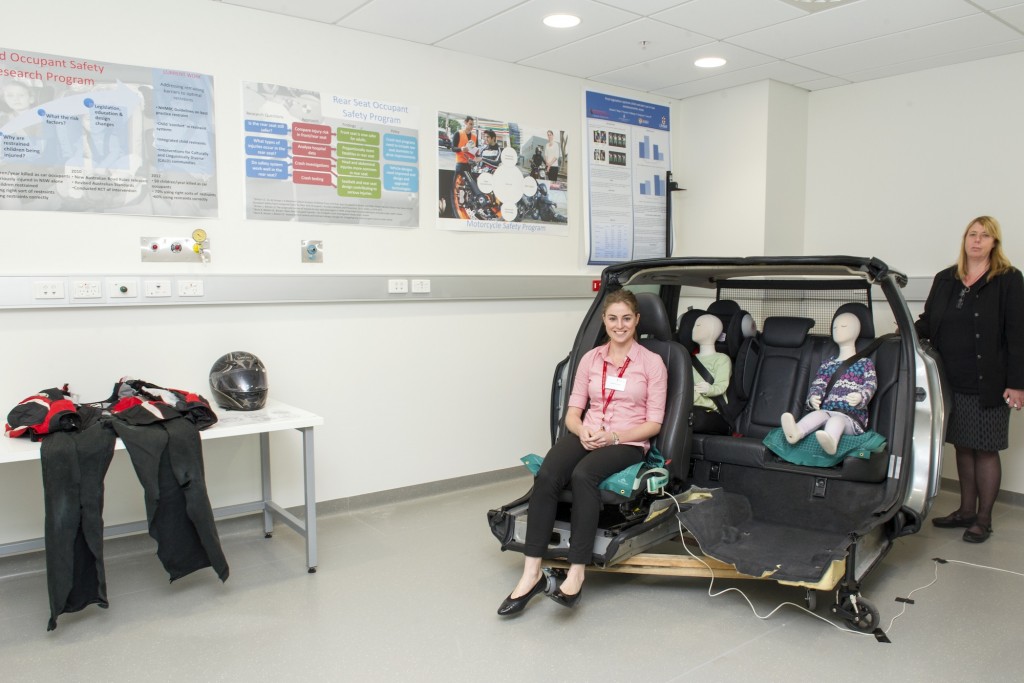 My colleague Lynne Bilston and I began studying in detail crashes where restrained children had been injured and we soon realised that most of the serious injury was happening when children were using restraints designed for older children and adults, or were not using their restraints in the right way. We then went out and looked at what people who weren’t in crashes were doing – observing and surveying more than 500 children across the state. And we found we had a big problem. Only about a quarter of the children we saw were what we would call optimally restrained. That is, they were in the right sort of restraint for their age (appropriately restrained) and using the restraint in the right way (correctly restrained).

We also did a lot of other research to try and understand the barriers parents were facing in getting their child restraint practices right. I was struck by the fact that although parents really wanted to keep their children safe, especially in cars, there was just so much confusion out there about how best to do this. I think the new legislation and accompanying media campaigns helped reduce this confusion because they spelled out exactly what sort of restraint a child should use depending on the child’s age.

“This is really good news… we will now have less serious injury among children in crashes.”

There is obviously still more work to do – to get appropriate restraint use up as high as possible, and also to revisit the design of child restraint systems to make them easier to use correctly. Having said that, these latest results are encouraging, and tell us we are moving in the right direction.

For information about our research into keeping children safe in cars visit us here.