The NeuRA Foundation is looking to raise funds to support brain research via ‘Books for Brains’, which kicks off in October.

Sometimes an idea just ‘feels right’, and so it was when we conceived the idea for NeuRA’s Books for Brains event.

From the outset, it was clear to us that people who enjoy reading intuitively know that reading is good for their brains. And so the idea that people in book clubs would take a lively interest in the frontiers of knowledge about the brain, and how it works, was not a stretch.

Books for Brains is a NeuRA initiative calling on book clubs around Australia to put their heads together in the month of October and read a book with a focus on the brain and mind. 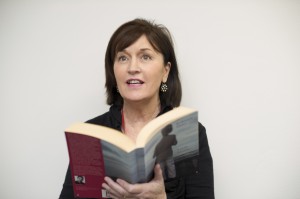 The concept has received praise from a number of bestselling authors.

Norman Doidge, author of this year’s featured book, The Brain that Changes Itself, says:

“At this moment, while Australian neuroscience researchers are ‘punching well above their weight’ and making huge breakthroughs, so many Australians display an open-minded wonder about the brain. That’s why NeuRA’s initiative, Books for Brains, is such a wonderful idea. What could be more enlivening than digesting the meaning of new findings, which can so illuminate our lives, by getting together and discussing them within your book club – with the helpful, up-to-date comments on offer through Books for Brains from leading Australian researchers at NeuRA.“

Ruby Wax, comedian and author of 2013’s bestseller, Sane New World, a story about what is it like to live with depression, says:

“The problem is in us; in our brains. The conflict is within ourselves. It’s those voices battering us and we project it out on the world. Inside our heads there is always war. I totally support NeuRA’s Books for Brains – unless we learn what’s in our heads, we will never resolve our own issues and the world’s.”

“Books for Brains is a wonderful initiative to raise awareness about an issue growing in importance with every passing year. Once, while playing rugby in France, I was so badly eye-gouged I actually saw my own brain, and was satisfied it was big. But as time has gone on, I have become aware that none of us can take brain health for granted, and I fully support all efforts to make Australians aware of that very fact.”

Through NeuRA’s Books for Brains, we hope to encourage your book club to think about the importance of brain research. We want to encourage you to discuss one of our suggested books and hope that you find it stimulating, uplifting, funny or even moving.