I work in the field of schizophrenia research; specifically, I study schizophrenia by looking at the brain. Up until about 25 years ago, this way of studying schizophrenia was considered a dead-end career path for pathologists and researchers like me; many doubted that measurable differences between the brains of people with schizophrenia and those who don’t have a mental disorder even existed. 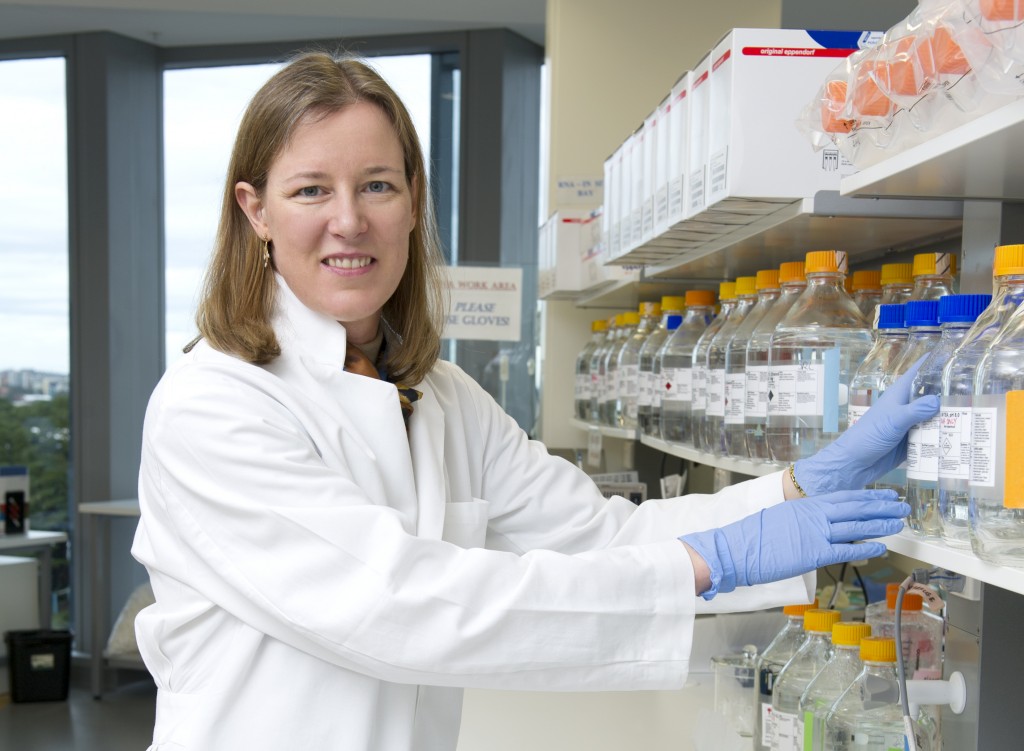 In the past few decades, however, modern and sophisticated techniques have revealed the existence of differences at a sub-cellular level in the brains of people with schizophrenia. These differences are subtle and cannot be detected with a brain scan.

A focus of our research group at NeuRA has been to consider how and when these subtle differences arise. To do this we first need to understand normal brain development: what happens in the brain as a foetus develops, as a baby is born and as a child matures into an adult? Only when we’ve answered these questions can we understand how brain development is disrupted in schizophrenia.

The main events during normal brain development are the birth of neurons (neurogenesis), the movement of neurons from their birthplace to their final position in the adult brain (migration), the establishment of fast communication tracts between brain regions (myelination) and the setting up of connections between neighbouring neurons (synapse formation). Different types of neurons add sophistication to the system (the timing of the development of these varies). 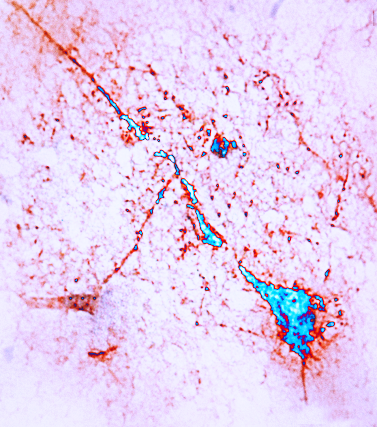 This enhanced image of a neuron shows the cell body (right), and a long thin axon projecting out to the left. The axon enables the neuron to communicate with other neurons.

Our work, and that of others, also tells us that communication and connections between neurons is impaired in people with schizophrenia. In particular, the chemical communication (called signalling) from small inhibitory neurons, which help shape the appropriate response patterns of the more prevalent information-carrying excitatory neurons, appears to be affected. Several findings converge to suggest that the inhibitory interneurons fail to mature properly, resulting in a brain that is unable to amplify and contrast relevant signals, while at the same time filter out background signal noise.

Perhaps most interesting, however, is our finding that neurons develop over a long period; while a lot of brain development and change occurs before a baby is born, many dynamic changes continue to take place in the brain well into the teenage years.

The pre-adult brain is at its most vulnerable when neurons are developing and undergoing change; this is when there is an increased potential for something to go wrong and when deleterious environments can be the most damaging.

An important implication of this is that by intervening early in adolescence it may be possible to stabilise the brains of those adolescents at risk of psychotic disorders by targeting and preventing some or all of these changes at the sub-cellular level. Any disruption in brain development may then be only transitory. The hope is that we could prevent people from developing chronic schizophrenia, a disease that has a profound effect on people’s lives and which is currently very difficult to treat effectively.