Can pain change our brain ‘maps’?

NeuRA researcher Flavia Di Pietro is investigating the maps in our brain and the role they might play in the pain experience.

There is a region of the cortex – the outer layer of your brain – that contains a precise and organised map of your entire body. Here, every part of your body surface is represented by a network or ‘column’ of neurons that is activated when that body part is touched or stimulated in some way.

This region, known popularly as the sensory homunculus and to scientists as the primary somatosensory cortex (S1), is a key site of research in the chronic pain disorder known as Complex Regional Pain Syndrome. CRPS is the focus of my research at NeuRA. 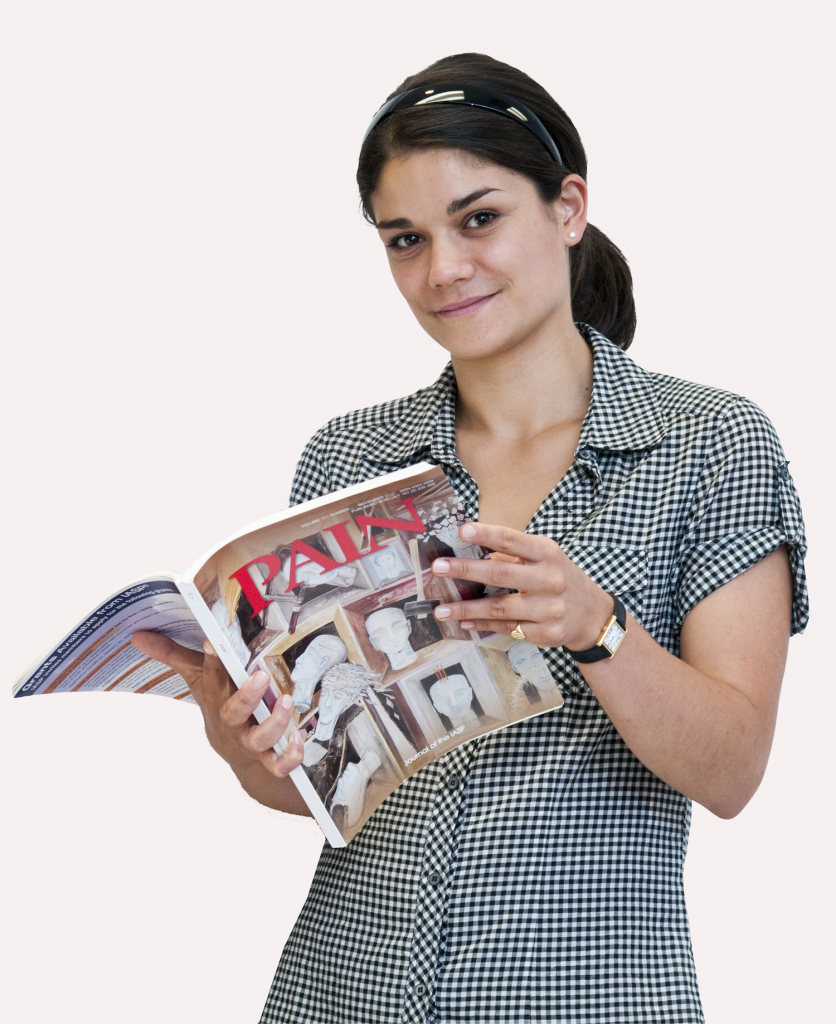 Complex regional pain syndrome (CRPS) is a disorder, usually of the hand or wrist, characterised by ongoing pain and dysfunction across several body systems. We don’t know what causes CRPS but the most common predisposing injury is a wrist fracture. Some of the signs and symptoms are altered sensitivity, muscle weakness, and changes in hair and nail growth. Intriguingly, patients with CRPS can also have altered perceptions of their affected limb, for instance they often neglect it (that is, they feel it is no longer theirs) or sometimes they perceive it to be bigger than it is in reality.

Using many different neuroimaging technologies, researchers around the world are currently investigating the brain’s role in CRPS. S1 is one of the regions most talked about, given what we know about its role in body representation and perception. Studies have investigated the function of S1 – or more specifically, the representation of the CRPS-affected hand in S1 – by stimulating the painful hand (e.g. with light touch or electrical stimulation) and then looking at the S1 activation that results, i.e. the coloured ‘blob’ on the brain scan.

Past studies have demonstrated that the S1 area representing the painful part re-organises; in fact the ‘blob’ has been shown to shrink in size. These findings are compelling given the interesting perceptual problems that a lot of CRPS patients have. These findings have contributed to innovative and non-invasive therapies for CRPS.

“Intriguingly, patients with CRPS can have altered perceptions of their affected limb.”

That S1 reorganises with pain, and the S1 representation of the CRPS-affected hand is smaller, is widely assumed and accepted. We wanted to know the true state of the evidence; had all the studies come to the same conclusion? We embarked on a systematic review. This involves trawling through the literature to find all the studies that have addressed this question of S1 function in CRPS, pooling their findings and also assessing these studies for their quality. In research this is a great way to get a definitive answer to a specific question.

What did we find? We found consistent evidence that the representation of the CRPS-affected hand in S1 is smaller than that of the unaffected hand, and that of healthy pain-free controls. But the evidence isn’t as strong we thought it would be: we were surprised to find so few studies, recruiting a low total number of subjects, and also a high risk of bias in their findings (namely in the ways they did their statistical analyses and reported their findings).

Our review is important because now we know what’s been investigated and what still needs to be done. We’re not sure what the shrunken hand representation in S1 might mean. We’re not sure if it causes pain or the other way around, or neither of these. But in light of the clinical integration of new therapies that theoretically target this reorganisation in the brain, it’s important that we better understand the brain’s role in CRPS. Here at NeuRA we are currently doing our own investigation into S1 function in CRPS, and the methods we are using have been informed by the findings of our systematic review.