You are preparing to leave your house when you look out the window. You see dark clouds rolling towards you and thunder is echoing in the distance. It looks like rain. You pick up your umbrella and walk outside, prepared for the downpour.

Our ability to predict future events based on cues in the environment is a fundamental aspect of our daily lives and is dependent upon specific structures in the brain. Two brain regions implicated in this kind of learning are the striatum and the orbitofrontal cortex. If these structures are damaged, we lose the seemingly simple ability to learn that specific cues (e.g. dark clouds and thunder) are likely to lead to a specific outcome (e.g. rain). These regions are damaged in a rare form of dementia known as frontotemporal dementia (FTD). People with FTD also have problems predicting the future based on environmental cues, but is this problem related to damage in the striatum or orbitofrontal cortex? 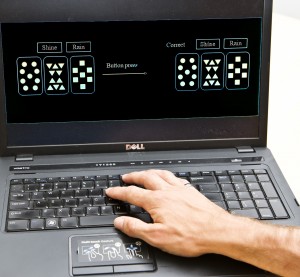 This study used the weather prediction task. In this task people look at playing cards with different symbols and learn to predict which combinations of cards announced rain and which sunshine. Each combination of cards are associated with a certain probability of good or bad weather.

We tested the ability of FTD patients to predict outcomes (e.g. rain) based on environmental cues (e.g. dark clouds and thunder) and compared their performance to MRI scans of their brains. We found that FTD patients performed as well as control subjects on this task but some FTD patients were very slow at learning the correct outcomes. Interestingly, the results of our imaging analysis revealed that the FTD patients who were slow at learning on this task had atrophy (brain cell loss and damage) specific to the striatum and orbitofrontal cortex.

This suggeststhat some, but not all, patients with FTD develop problems predicting the future based on cues in the present, and that damage to the striatum and orbitofrontal cortex may be responsible for this. These patterns may explain the decision-making problems commonly seen in FTD patients, leading to inappropriate choices in day to day life. 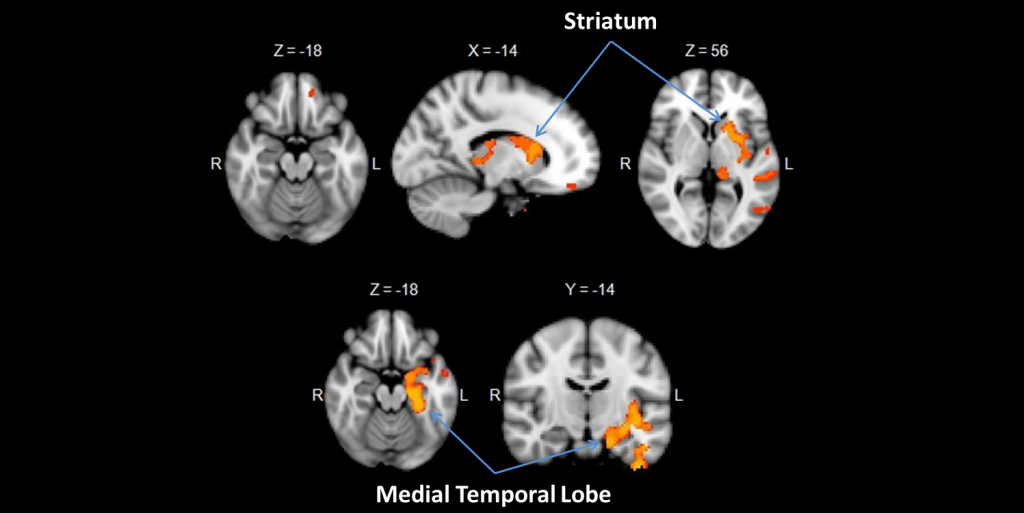 But the picture is not straightforward. Some FTD patients learned faster than control subjects on the task, and when we looked at the brain images of these FTD patients we found significant brain atrophy in a different region altogether – the medial temporal lobe. It appears then that damage to the medial temporal lobe may paradoxically facilitate learning on this task.

The next step is to investigate if there are differences in the rate of atrophy in the striatum and orbitofrontal cortex in different sub-types of FTD and also how the striatal and medial temporal lobe memory systems interact.

Marshal Dalton is completing his PhD on memory impairments in dementia and theoretical models of episodic memory with Frontier at NeuRA.