We are all aware of China’s surging economic growth but it may be surprising to some that China has also had a 64-fold increase in peer-reviewed scientific papers since 1981. Assuming China’s research presence continues along the same trajectory, it will become the largest producer of scientific knowledge by 2013 (in 2004-2008 China produced 10% of the world’s published scientific articles placing it in second place after the United States). Furthermore in its draft budget, China announced that it would put aside US$5.14 billion for basic research in 2012 – a 26% increase compared to the year before. 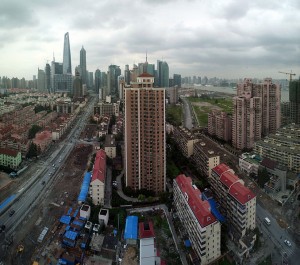 China’s cities aren’t the only things to have grown, Chinese scientific output is climbing, and fast.

The Australian Government Department of Industry, Innovation, Science, Research and Tertiary Education has recognised the potential for a symbiotic research relationship between Australian and Chinese universities and has provided the Group of Eight (Go8) with AU$100,000 of funding to establish the Go8-C9 Student Leadership in International Cooperation (SLIC) project. The main aim of this project is to develop proposals and ideas for cooperation between Australian and Chinese universities by promoting opportunities for outbound student mobility from Australia. Sixteen higher degree research student ambassadors from Go8 universities will undertake a two-week visit to a number of C9 universities in China and give presentations on their proposals upon return to Australia. 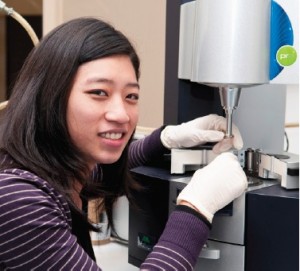 I believe that this program will create a knowledge base on how to foster successful collaborations and projects between top Australian and Chinese universities and raise awareness amongst researchers about the benefits of forging affiliations in China. It will also enhance mutual cooperation not only between the universities involved but develop strong relationships to allow for collaboration in social and cultural fields in addition to academic fields. I am very excited about being given a chance to represent UNSW as their student ambassador under the SLIC program because it is a project I truly believe in and because I’m a second generation Malaysian of Chinese descent and am keen to discover and possibly contribute to the land of my ancestors.

Kristy Tan is completing her PhD in soft tissue viscoelasticity with the Bilston group at NeuRA.