Why I became the Bequest Manager at NeuRA

My decision to become the bequest manager for NeuRA was never really about me. It was about two very special people, Roger and Joan, and the special relationship they had together.When Roger met Joan she was an independent, vivacious lady. She was socially active and engaged by life.

When Joan met Roger he moved with a swift, graceful air and his smile was infectious.  He was vibrant, intelligent, fulfilled by his career and would one day become Joan’s loving husband. 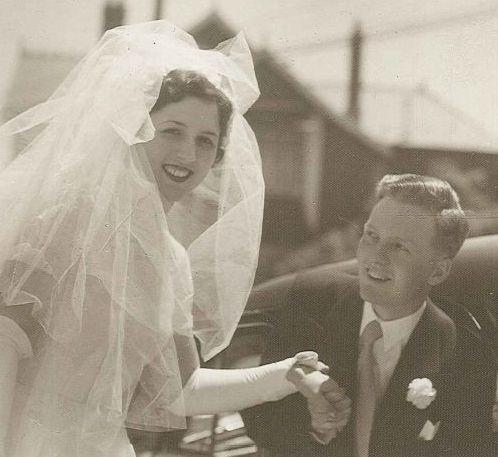 Joan and Roger on their wedding day

Their life together was interrupted when Parkinson’s disease took both Roger and Joan’s independence. Roger became the dependent partner and Joan became the devoted, loving carer.

For Joan, the carer’s role was eight, lonely years caring for someone with a constant tremble and poor mobility. It was demanding both physically and emotionally, however she was a constant support for her husband.

Roger’s revenge on this disease was his resolve to support research into Parkinson’s. He saw the importance of supporting Parkinson’s research and he left a major bequest so that future generations would not have their lives devastated in the way his and Joan’s were.

Roger and Joan are my parents and I am definitely my father’s daughter. I looked to see where there was a practical and positive way to help achieve his dream and continue the fight against Parkinson’s. This is why I joined NeuRA as the Bequest Manager and I’m writing this to encourage you to make a bequest, like Dad did.

If you have any questions or would like to discuss, in confidence, this important decision please do not hesitate to call me on (02) 9399 1153, email me at foundation@neura.edu.au or visit our bequest information webpage to find out how you can leave behind a better future for all.

Leonie Harle is the bequest manager at NeuRA.