I’m interested in how different factors affect people with motor neurone disease (MND) when they try to perform everyday tasks. Weakness in the arms and legs is a hallmark symptom of MND and so you’d expect patients to have trouble with everyday tasks simply because of this.

But I thought it was more complicated than that, and so I tested this in a new study.

I hypothesised that patients become less independent because they are weak and ALSO because they have issues with motivation, and perhaps other non-motor symptoms too. 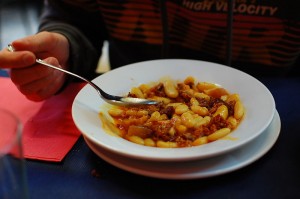 MND is a devastating and aggressive neurological disease which attacks, primarily, the muscles of the body (I will come back to that point later). Early symptoms can be a weakness in the legs or a slurring of words (some patients tell us their friends actually think they are drunk).

However, MND does not just affect the muscles of the body. We now know that MND can markedly affect motivation (called apathy), disinhibition (the lack of control of certain impulses/judgement), and the ability to plan and multi-task (managed by the front of the brain). Other recent findings have shown a link between MND and another neurodegenerative disease, frontotemporal dementia, via the gene C9ORF72. In my latest study I set out to investigate if non-motor symptoms (apathy and disinhibition) could explain why patients with MND become unable to perform daily living activities.

What I found was that the best statistical model to explain disability in MND, included motor factors AND non-motor factors such as motivation and disinhibition. 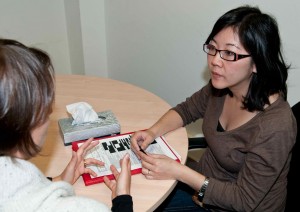 This new research adds to the growing recognition of non-motor symptoms in MND, and also strengthens the idea that MND and frontotemporal dementia are actually part of the same disease spectrum.

Eneida Mioshi is a NHMRC Postdoctoral Research Fellow with the Kiernan Group. She is interested in interested in how behavioural and cognitive changes caused by diseases affect disease progression, prognosis and care.