Eating and metabolism in frontotemporal dementia

When thinking about frontotemporal dementia, we often focus on cognitive and behavioural symptoms. Memory loss, personality changes, and trouble speaking and understanding language are among some of the more recognised FTD symptoms. However, there is a physical side to neurodegenerative illnesses that is the subject of Dr Rebekah Ahmed’s research at NeuRA.

Eating abnormalities are present in 6 out of 10 people with frontotemporal dementia. We set out to measure whether hunger and satiety (the sensation of feeling full) were responsible for differences in eating behaviour in these people. 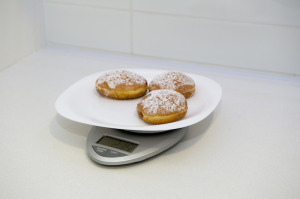 We asked carers of patients with different types of dementia to complete a questionnaire about the patients’ eating behaviours. The results showed that people with the behavioural variant of FTD have increased appetite, abnormal eating habits (such as table manners), and increased preference for sweet foods, compared with patients with Alzheimer’s disease and to healthy controls. Patients with semantic dementia (the language variant of FTD) also have similar abnormalities, but to a lesser extent. Both groups of FTD patients have increased carbohydrate and sugar intake, and as a result, an increased body mass index (BMI).

Despite these abnormalities, the two FTD groups have similar ratings of hunger and satiety to controls, suggesting that their increased food intake is not simply related to increased appetite. Similar findings have emerged in people with genetic obesity syndromes and may be related to changes in the hypothalamus, the part of the brain that regulates appetite hormones.

Now that we have quantified these changes in eating behaviour and nutrient intake in FTD, the question arises of how they affect metabolism. In other words, are there changes in markers of healthy metabolism in the blood, such as insulin and cholesterol?

A second study by my colleagues and I looked at exactly this question.

We assessed FTD patients using a clinical interview, neurological exam, cognitive assessment (including a questionnaire on eating habits), MRI, and measurement of blood cholesterol and insulin. As in the first study, we compared these measurements with people with Alzheimer’s disease and healthy controls.

We found peripheral insulin resistance in FTD patients, and increased incidence of diabetes mellitus in patients with the behavioural variant subtype of FTD. These patients also had abnormal ratios of ‘good’ dietary fats in their blood. These changes may be due to the abnormal eating patterns that we found in the first study, coupled with a high BMI.

There are still some questions to be answered. It is known that abnormal energy metabolism, such as in glucose regulation, is detrimental in people with Alzheimer’s disease and Parkinson’s disease. However, people with motor neurone disease (MND), which is closely related to FTD, also have distinct abnormalities in cholesterol and other dietary fats (triglycerides), but with the critical difference that these abnormalities actually seem protective against the progression of MND. In fact, a clinical trial showed an increased likelihood of death in MND patients treated with an antidiabetic medication. The theory is that MND patients have a hypermetabolic state and that increased eating and higher cholesterol and insulin levels maintain the energy balance. 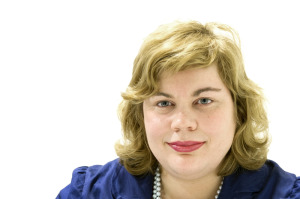 Future research will examine how energy metabolism affects disease progression and whether variations in metabolism are detrimental or protective. One hypothesis in FTD is that they may be detrimental in terms of cognition, but protective in terms of muscle health in those patients who also develop MND. In the long term, studies that also examine the effects of lifestyle, sleep and physical activity on individuals with genetic susceptibility to these neurodegenerative diseases, before they have developed disease symptoms, will increase our understanding of the role of peripheral metabolism on central and peripheral neurodegeneration.